Twitter recently announced a new feature called Fleets, which allows users of the social network to share text, photos, and videos that will be available on their profile for only 24 hours. While the idea may seem similar to Instagram Stories, there are some things that are quite different between them. I’ve been testing Fleets since last week to share an in-depth look at this feature.

You may be wondering why this is such a big deal. First of all, Twitter is probably the last major social network to implement “stories”, and also one of the most unexpected to do so. Also, the new Fleets feature is only being tested with a few users in Brazil, so availability is extremely limited for now, which has increased the curiosity of users around the world.

Once Fleets was enabled in my account, it was possible to see the photos of users who had already shared some content at the top of the screen, just like on Instagram. These photos get a blue circle when there is a new Fleet available and a gray circle if you have seen all the contents from that account.

You can view a Fleet in full screen with just a tap. But that’s where things start to get different from Instagram Stories and similar ones we already know. Fleets posted from a same user are presented in a vertical scroll, while Instagram Stories are shown sequentially in the horizontal (I’m not talking about aspect ratio, just to be clear).

If I want to share a Fleet, I just have to tap my profile picture. Fleets are primarily based on text, so the first thing you’ll see on the composition interface is the keyboard. But don’t expect to share long texts there, since the 280 character limit is also the same for Fleets. Everything is very simple and there are no options to change the font style or text alignment. It’s all about writing and sharing immediately.

Users can also upload photos, videos and GIFs through Fleets, but it’s not as fun as in other apps. There are no stickers, filters, handwriting or anything like that. The only thing that’s possible is to type something on the image. However, the photos and videos posted on Fleets get better quality than on Instagram Stories. 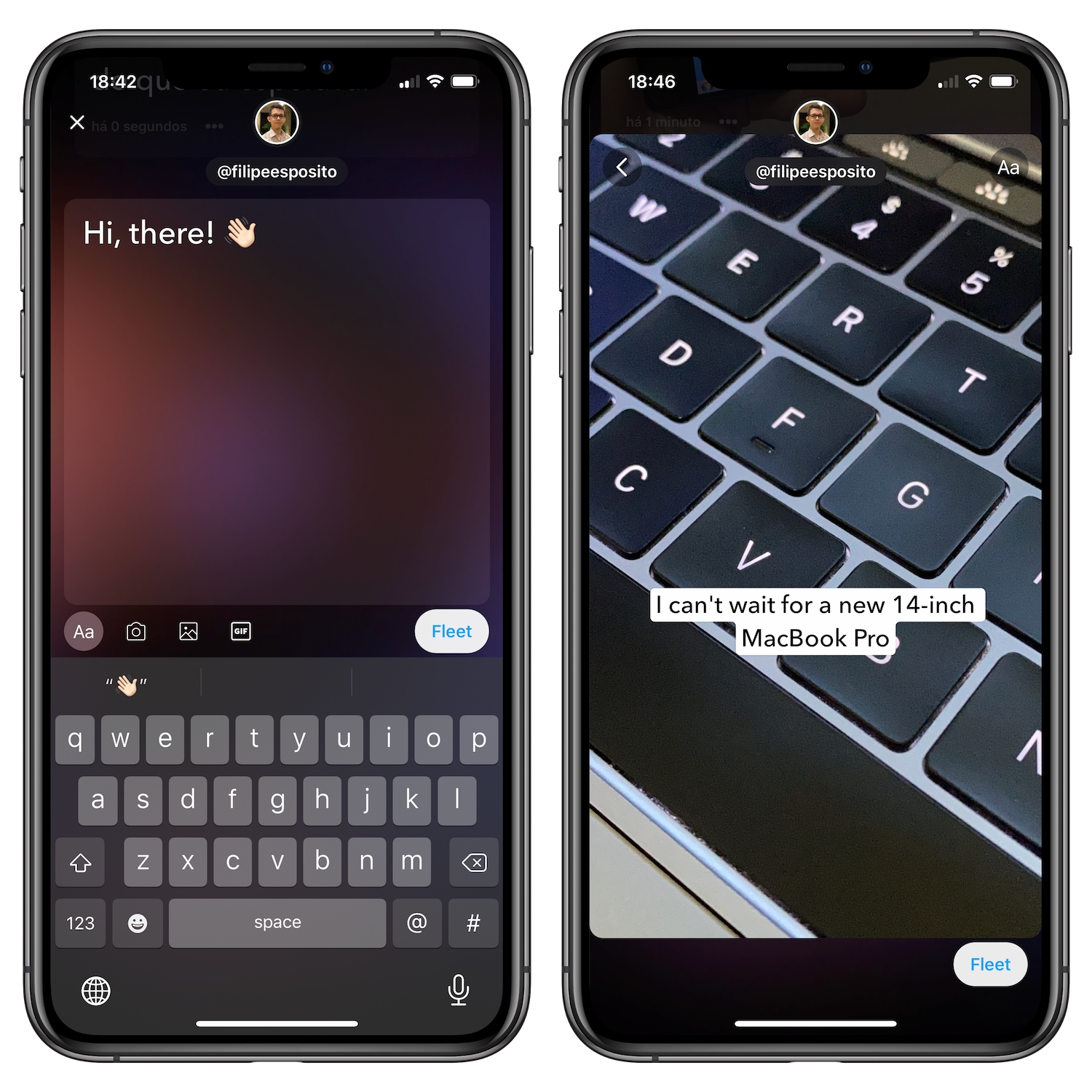 After posting a Fleet, I can check how many people have seen it so far, including the details of each person who opened it. As for viewing Fleets, users can reply to them or send emoji reactions via DM. There’s no way to retweet a Fleet, and users mentioned by other people are not notified.

What I really appreciated is that anyone can post clickable links on Fleets, while this feature on Instagram Stories is restricted to verified users or for those with a large number of followers. 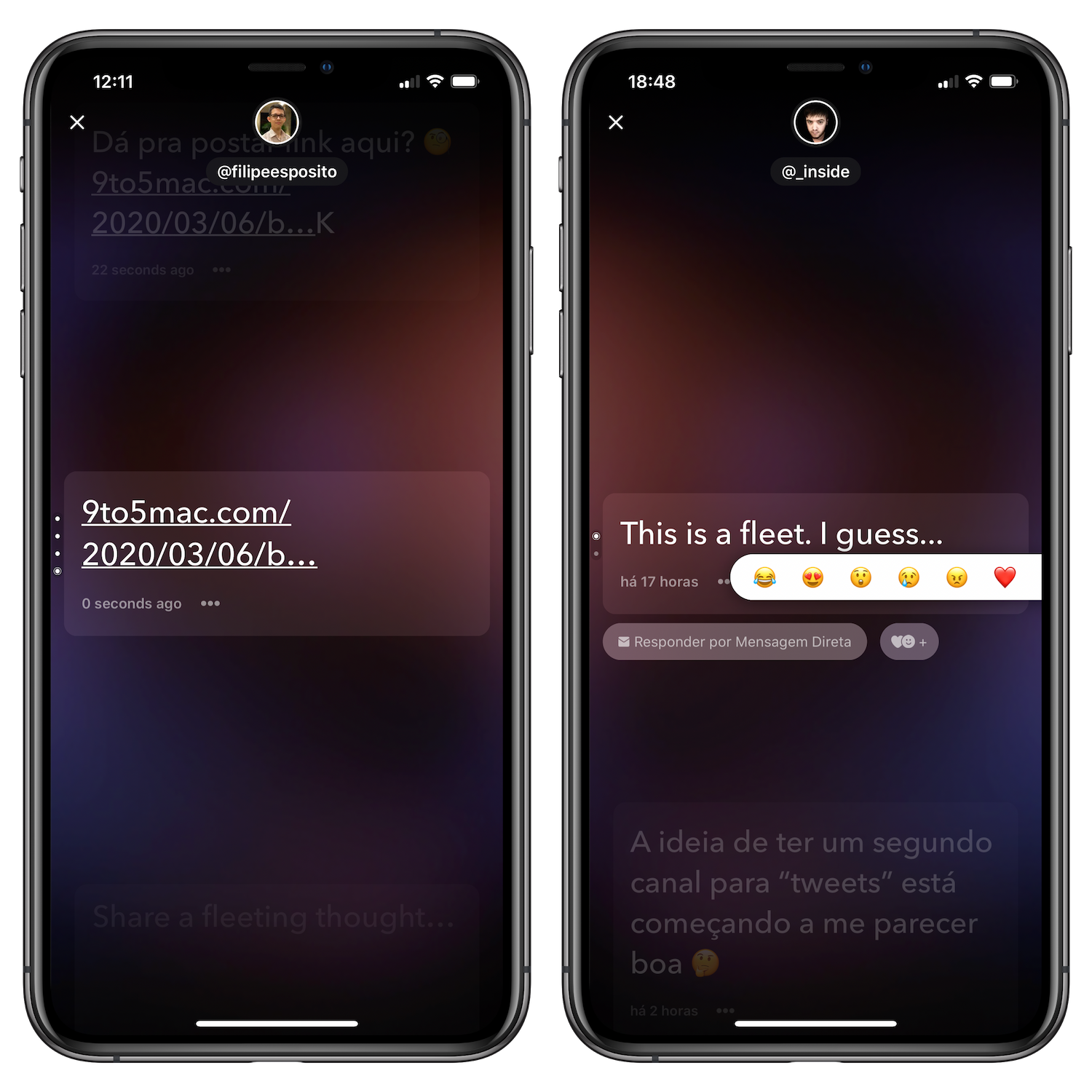 For now, Fleets still lacks many features to be considered an interesting option for users, besides being very buggy and confusing about some things. Still, I can see a certain potential on that platform.

While I use my Twitter mostly to share work stuff, Fleets can be a place to post random content that will be deleted after 24 hours. If Twitter eventually allows users to create their own groups on Fleets, then this feature will become more attractive to me.

Unfortunately, as I said before, Fleets is only available in Brazil for now, so people from other countries still can’t even see what we’re “Fleeting” here.

Are you excited about Fleets? Let me know in the comments below.