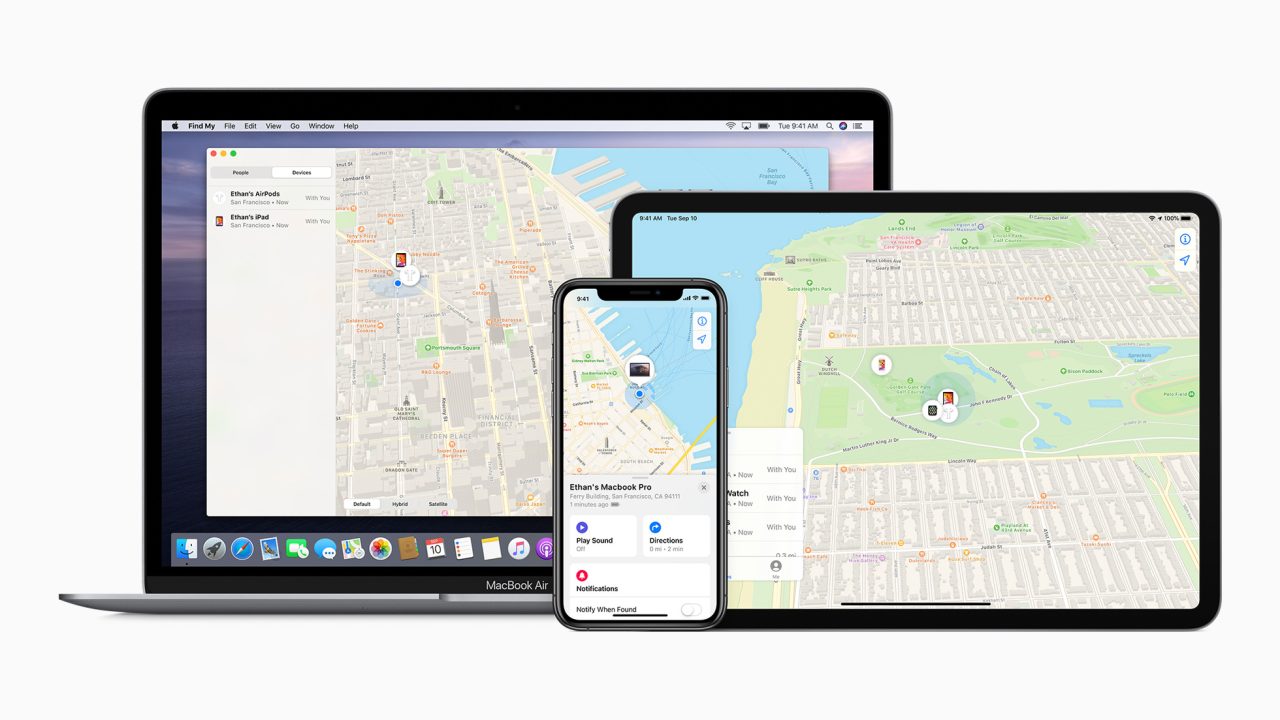 Back at WWDC in June, Apple announced that it is opening up the Find My app to third-party hardware like Tile. It seems like a positive move all around as it addresses antitrust concerns, makes business easier for third-parties, and improves choice for consumers. However, there’s a big catch that Apple hasn’t shared publicly.

When Apple opened up the new Find My program for third-parties in June, it naturally came with a confidentiality agreement for developers to get started. That meant we haven’t heard specifics about what Apple is requiring of third-parties to join the Find My app and how it will all work.

Today, the Washington Post published specifics from an anonymous developer who has seen the 50-page document for the “Find My Network Accessory Spec.”

A previously unknown and notable restriction detailed in the document is that Apple will prevent third-parties from letting customers use their own app if their hardware is accessible in the Find My app.

Apple customers who use Find My to locate a device will be barred from using other competing services simultaneously, the document says.

This is a stark contrast to how Apple does things currently, for example with its Home app. If you add a third-party smart device to work with HomeKit via the Home app, you can still control it with the third-party’s app.

Based on a response from Apple to the WP, it sounds as if it is discouraging companies like Tile from using the new Find My functionality and is aiming for it to be used by smaller businesses.

Apple spokesman Alex Kirschner said the software could be useful to smaller companies that don’t have the resources to build a location-finding service on their own. “If you were a smaller player interested in getting into the finding space and you haven’t built a finding network, this allows you to do that,” he said. Apple has denied that its policies are anticompetitive.

The news will certainly add more scrutiny to Congress and Europe’s investigation into Apple’s possible antitrust practices that include Tile’s claims about the situation.

And the Washington Post report also highlights that Apple still has another leg up on third-parties beyond the newly discovered restriction:

Every Apple user’s location is automatically shared with the Find My service, for instance. But outside companies, such as Tile, must ask each Apple user for permission to obtain their location. Last year, Apple took away the ability of outside developers to ask customers to “always allow” their location to be shared upon installing an app. Always-on location sharing is required for finding apps to work properly.

Apple’s CEO Tim Cook was set to testify to Congress in a hearing on Monday, July 27 over anticompetitive practices but that looks like it will be delayed.