Should you buy the new iPad Air? Here’s how the iPad lineup compares 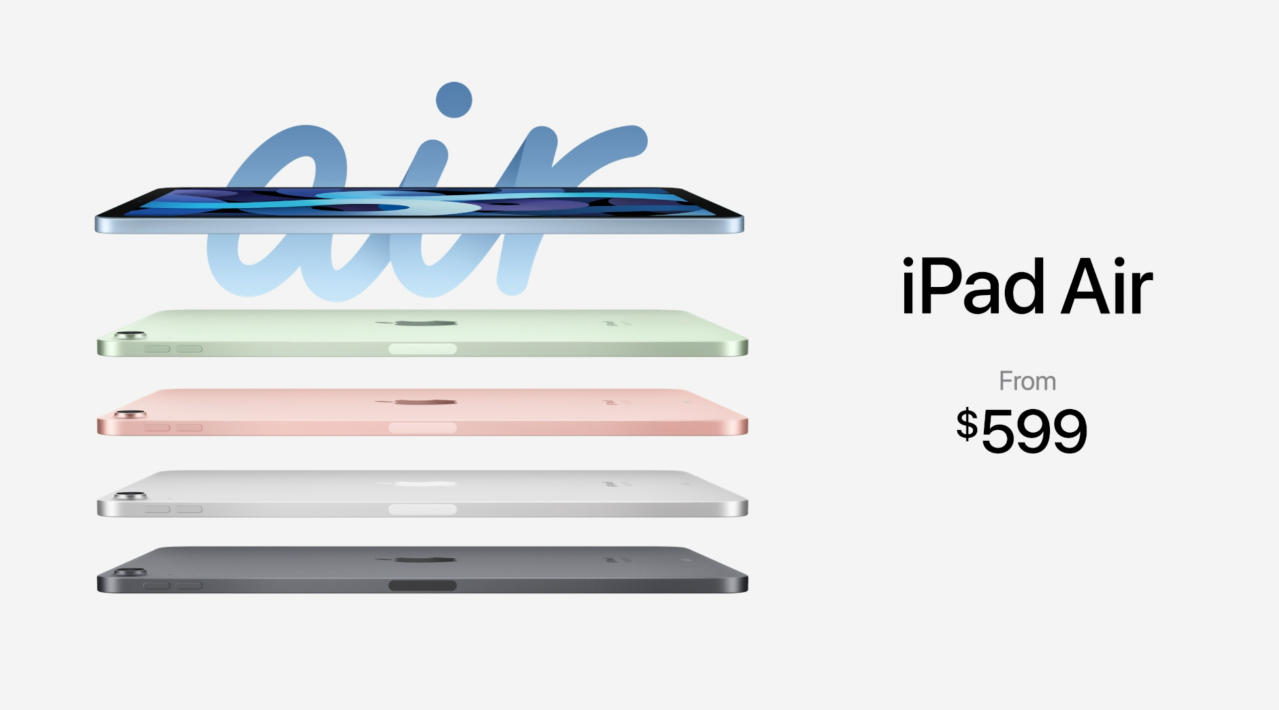 9to5Mac is brought to you by Concepts App. Sketch and design your ideas on an infinite canvas with flexible vector ink. Available on iPad and iPhone. Try it for free.

Apple announced the new iPad Air at its September event alongside Apple Watch Series 6. It’s set to arrive in October and comes with a new all-screen design like the iPad Pro and ditches the home button. And with a more affordable price plus the latest super-fast A14 processor and more, the 2020 iPad Air looks like it will deliver a lot of bang for your buck. Follow along as we dive into a detailed 2020 iPad Air comparison with the 2020 iPad Pro, as well as the 2019 iPad Air.

Since 2018, the iPad Pro has set itself apart from the rest of the iPad lineup with a sleek all-screen design, Face ID instead of home button, USB-C, the fastest processors, larger displays, and more. But naturally, all those high-end features have made the iPad Pro the most expensive tablets in Apple’s lineup.

The 2020 iPad Air (4th gen) turns all that upside down as the mid-range iPad gets most of the iPad Pro’s premium features at a very appealing $599 starting price. Very notably — for at least the time being — the 2020 iPad Air will also have the most powerful processor with the A14 while the 2020 iPad Pro uses the A12Z.

For the ease of comparing it to the 11-inch iPad Pro and 2019 iPad Air, we’ve put the 2020 iPad Air in the middle column in the charts below. And if you’re in the market for the iPad mini or $329 8th gen iPad, you probably already know you’re not going to be getting the latest tech from Apple.

Apple’s newest chip debuting in an iPad marks just the second time we’ve seen this happen since the iPad 2 got the A5 processor before the iPhone 4S. And of course, it also puts the iPad Pro in a funny position as the iPad Air will have a faster processor, at least for some period of time.

The A14 is Apple’s first chip built on the 5nm process and the company says it “features a new 6-core design for a 40 percent boost in CPU performance, and a new 4-core graphics architecture for a 30 percent improvement in graphics.” Meanwhile, the new 16-core neural engine is said to be 2x as fast and new machine learning accelerators are expected to offer 10x faster performance.

Other notable hardware changes include Touch ID being moved to the top button to allow for an all-screen design while omitting Face ID helps keep the price down. It’s also great to see USB-C on the iPad Air like the Pro which offers more flexibility with peripherals.

We haven’t heard for certain what the RAM will be on the 2020 iPad Air, but it’s likely more than the 3GB found on its predecessor. We don’t think a couple of GBs less RAM compared to the iPad Pro should stop you from choosing the iPad Air and again, you’ve got the A14 chip here picking up any slack.

Storage sizes for the iPad Air are more limited than the iPad Pro — topping out at 256GB — but that shouldn’t be an issue for the majority of people (can always use an external drive). Don’t forget the 2020 iPad Air sets itself apart in that you’ve got five great colors to choose from.

You’re really only missing two fine details, the Pro has 100 nits extra brightness as well as 120Hz ProMotion refresh rate. The brightness difference you probably won’t notice unless you’re using your iPad in direct sunlight a lot. And as for ProMotion, if you haven’t had it until now, you should be fine without it. That’s not to say the smooth scrolling and other ways ProMotion pays off aren’t nice, but it shouldn’t be a dealbreaker for most users.

There are several differences between the camera setups on the iPad Air and the iPad Pro. Specifically, you’re getting an ultrawide lens, LiDAR scanner, and a flash for the rear shooters with the Pro.

However, you’re still getting a very capable rear camera on the 2020 iPad Air that can shoot 4K video and slow-motion at 1080p as well as the same FaceTime camera that comes with the iPad Pro. And how much are you really going to use the LiDAR scanner, ultrawide, and flash on an iPad anyway?

As you might guess, Apple kept all these specs like weight and battery life the same. The new iPad Air is still just one pound with 10 hours of battery life. The dimensions have been tweaked ever so slightly and are almost identical to the 11-inch iPad Pro.

As previously mentioned, the 2020 iPad Air doesn’t match all the storage options that the iPad Pro offers but 256GB is a solid amount and you can always use an external drive if needed (easier now with USB-C and iPadOS 14).

There’s no doubt iPad Air will offer a lot of bang for your buck and for now packs Apple’s fastest processor in a mobile device. The question about which iPad to pick likely comes down to a few questions.

If an ultrawide camera and LiDAR aren’t a big deal, you don’t need more than 256GB built-in storage, ProMotion 120Hz refresh rate isn’t a necessity, and you’re good with Touch ID in the top button vs Face ID, the 2020 iPad Air is the clear choice.

If you’re on the fence about missing those features that you can get with the iPad Pro, narrow down which ones are really important to you and ask yourself if they worth $200. I think for most people, the iPad Pro will be hard to justify until we see the next generation model that could introduce more features to differentiate the iPad lineup in a more meaningful way or you find a great deal.

9to5Mac is brought to you by Concepts App. Sketch and design your ideas on an infinite canvas with flexible vector ink. Available on iPad and iPhone. Try it for free.