Opinion: A HomePod mini is the right move, but marketing is key 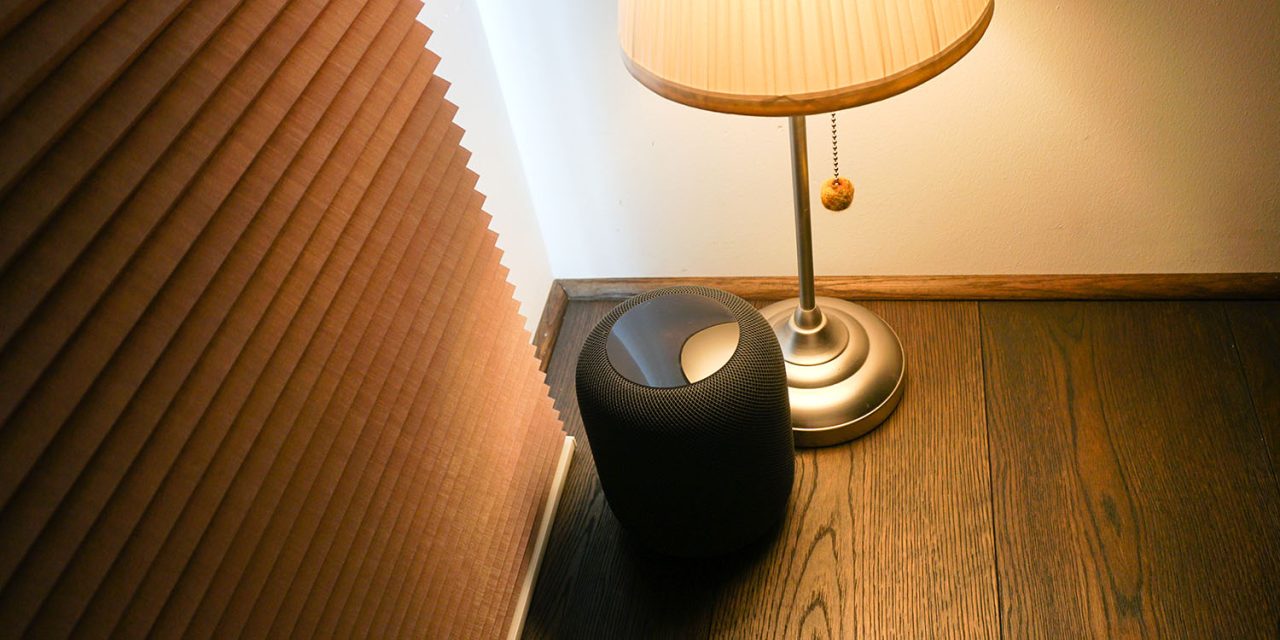 A report from a reliable leaker says Apple will launch a HomePod mini this year, with the announcement likely taking place during next week’s iPhone 12 keynote.

I think that’s the right move to boost sales of Apple’s smart speakers, but it’s essential for the company to get its marketing right – which is something it hasn’t really achieved with the existing model …

Please excuse me quoting myself at length from two previous pieces, but before we talk about a HomePod mini, it’s crucial to understand what the current HomePod is – and what it is not.

I argued earlier in the year that, even two years after its launch, the HomePod is still a widely misunderstood product, attracting two criticisms.

First, people said, it’s the dumbest of the smart speakers — that both Amazon Echo and Google Home speakers can do more.

Second, it was said to be way too expensive. If you want a smart speaker, the thinking went, you could get an Amazon Echo Dot for $50, and sometimes as little as half that during promotions. Why pay Apple $349 then (and $299 now)?

The first criticism is technically true, but not so much in practice, as I found when I first tried one back in 2018.

Alexa mostly works on the basis of downloadable ‘skills.’ On the plus side, this means that its capabilities are infinitely expandable, and that anyone can add to Alexa’s skills, not just Amazon.

But there are two very big problems with this approach. First, because anyone can add a skill, there are lots of competing skills for things like public transit status – in London, the tube. There doesn’t appear to be an official Transport for London skill, so I was left installing, trying and then uninstalling random ones until I found a good one.

But the bigger problem is that, even with a skill enabled, you can’t ask natural questions like ‘Is the Circle Line running ok?’. Instead, you have to ask Alexa to ask the skill […] That’s not only horrendously clunky, but also ridiculously unscalable […]

Once you have a few dozen skills installed, there’s not a chance in hell that you’ll ever remember all their names – especially the ones you use infrequently.

So the theoretical advantage of Alexa, that it can do very much more, is just that: theoretical. In practice, once I’d finished playing with it, I found that I only really used the PowerView, Neato and Ocado skills.

The second criticism is absolute nonsense. When it comes to the speaker part of ‘smart speaker,’ it is utterly ridiculous to compare the HomePod to any Echo device.

Yes, if you think of the HomePod as an IA device, it is too expensive and too large. But if you think of it as a highly sophisticated speaker system, using beam-forming technology that debuted in speakers costing five figures and only relatively recently made it into four-figure ones, then they are both impressively compact and surprisingly affordable.

I’ve said before that HomePods don’t replace a full-on hifi-quality speaker system, like the Naim Mu-so, but they get remarkably close. $600 buys you a high-quality stereo paired system that, in audio terms, is absolutely superb value for money.

Indeed, if you imagine a world in which voice assistants didn’t exist, and HomePods were speakers, pure and simple, they would be welcomed as incredible value.

Apple’s failed marketing of the HomePod

The fact that I had to write all that, and to quote it all today, is evidence of the fact that Apple has failed in its marketing of the HomePod.

Note that I say marketing, not messaging. Apple’s messaging is decent, with a lot of emphasis on the audio quality.

HomePod is a breakthrough speaker that adapts to its location and delivers high-fidelity audio wherever it’s playing […] This purposefully designed speaker creates rich, nuanced sound that defies its size. HomePod combines custom Apple-engineered audio technology and advanced software to deliver precision sound that fills the room. And at just under seven inches tall, HomePod fits anywhere in your home.

The Apple-designed high-excursion woofer is positioned at the top of the speaker facing upward, creating a wide range of deep bass that surpasses any traditional speaker. A six-microphone array, along with an internal bass-EQ microphone, analyzes and compensates for the effect of the room on the bass response, providing rich, consistent sound. And a powerful motor drives the diaphragm a remarkable 20 mm, so the bass shines through even when the volume is low.

A custom-designed array of seven beamforming tweeters, each with its own amplifier, creates tremendous directional control. Placed around the base and using a folded-horn design, they send the flow of music toward the center and then out the bottom in a 360-degree pattern, resulting in an all-encompassing sense of space. This virtually eliminates early table reflections and allows for consistent high-definition sound.

But the marketing, not so much. The message is fine, but it hasn’t reached people. This is why we still get people, even in response to today’s news, saying absurd things like ‘$49.99 or they can’t compete in the market.’

The HomePod mini is a smart move

There is one aspect of the HomePod criticism that is fair: not everyone wants to pay three hundred bucks per speaker, which is more realistically six hundred bucks for a stereo pair. It’s a perfectly reasonable price for the sound HomePod delivers, but many people are happy with less audio performance for less money.

Additionally, the HomePod’s power is overkill for many homes. I can’t think of many times when I use them beyond 50-60% of their maximum volume – and that’s not because of any distortion issues, which are non-existent even maxed out – but because I live in a fairly typically sized London apartment that just doesn’t need that kind of power.

So offering a smaller, less powerful model at a more affordable price is smart.

But the marketing needs to be good

But, as with its bigger brother, Apple needs to get the marketing right. Talk too much about Siri and Apple Music, and that’s all people will hear – that and the price. Apple needs to be very careful to say that this is really advanced audio technology performance in an incredibly compact format.

If it can produce something with the same audio quality at say two-thirds of the volume at around two-thirds of the price – and can successfully communicate that to the people that haven’t so far heard the HomePod sound quality messaging – then it would have a winner on its hands.

If Apple goes smaller still, then things get trickier. There are limitations to very small speakers that just can’t be overcome no matter how clever the tech. But … it would still be possible to produce a very good speaker at say half the size.

If Apple were able to offer that at half the price (and I have no idea how practical that would be, given the technology found inside them), I think that could finally turn it into a mass-market product. The sort of thing that would be bought by people who have never spent real money on speakers before, and which would encourage those who have to buy one or two per room.

But either way – $149 or $199 – Apple needs to ensure it spends 90% of the time talking about the astonishing audio quality it is able to deliver from a really compact device, and have Siri and Apple Music be the icing on the cake.

That’s my view, what’s yours? Please take our poll, and share your thoughts in the comments.