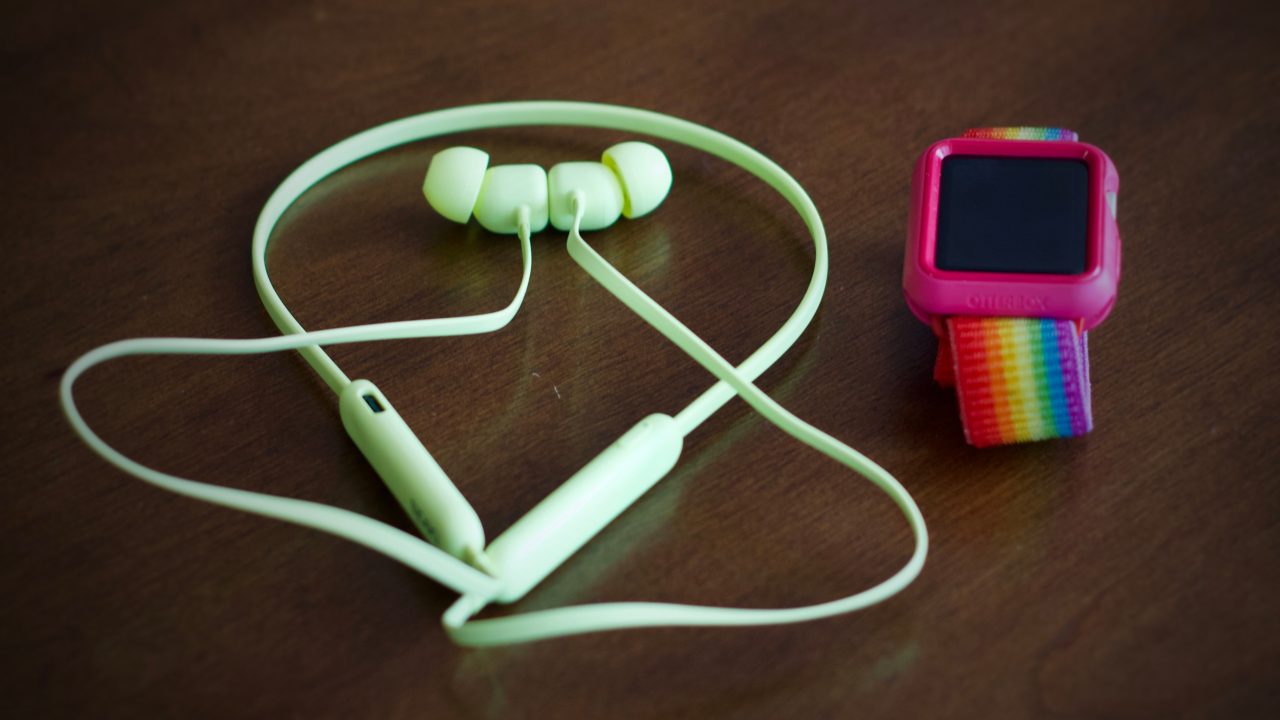 In the age of $1,000 iPhones and $250 AirPods, Beats Flex wireless headphones for $49 almost sound too good to be true. In reality, they’re actually improved versions of BeatsX headphones that were priced at $150 three years ago. Here’s what you need to know about Beats Flex, the latest headphones to use Apple’s wireless chip technology.

If you’ve ever used BeatsX wireless headphones, you’ll feel right at home with Beats Flex. There’s a sturdy-but-flexible neck cord that connects each Bluetooth earphone, and the same Apple W1 wireless chip provides fast pairing to Apple devices. Upgraders will miss the optional wing tips that were bundled with BeatsX, but Beats Flex still include four ear tip options for a variety of fits.

USB-C replaces Lightning port charging which is great for MacBook, iPad Air and Pro, and Android. Now if only the iPhone could take notice, we could have one charging port to rule them all. Beats Flex also introduces a clever new feature that pauses audio playback when each earbud magnetically attaches; audio playback continues when the earbuds separate.

The upgraded Beats Flex headphones also last longer between charges. Beats Flex are rated for up to 12 hours — up to four hours longer than BeatsX — so you can get through a long workout or study session without interruption.

It’s too early to know if Beats Flex will overcome the reputation that BeatsX gained for being not-so-durable. There’s no water resistance rating like Powerbeats and AirPods Pro offer, but the $49 Beats Flex price is a better fit than the original $149 BeatsX price.

Sonically, $49 Beats Flex earphones easily clear the bar in their price category. The in-ear style earphones do a solid job of creating a seal and delivering a full sound that competes with standard earbuds. Comparable Skullcandy wireless in-ear headphones go for under $20 but lack the reliability of Apple’s W1 wireless chip. Skullcandy truly wireless headphones with slightly less battery life and promised water-resistance are more competitive for now, but it’s possible we’ll see Beats Flex go on sale for less than $49 from time to time.

As it stands now, Beats Flex are easy to recommend as starter Bluetooth headphones for anyone who wants to graduate past wired headphones. The $49 wireless headphones are perfect for Apple Watch users who want to play music or podcasts directly without an iPhone, and iPhone users can turn to Beats Flex as wireless headphones to replace the Lightning EarPods that were previously included in the box.

Beats Flex won’t deliver sophisticated features like Spatial Audio, Announce Messages, or instant switching between Apple devices that require the H1 chip, but the fast pairing and reliability of the W1 chip is still a step above generic Bluetooth.

Beats Flex are a great match for Apple Watch SE, iPhone SE, or even those times when you misplace your AirPods and really don’t want to drop a couple hundred dollars on wireless headphones.

Beats Black and Yuzu Yellow colors are available at launch; Smoke Gray and Flame Blue will join in 2021. Availability from Apple starts on Wednesday, October 21 on apple.com. Authorized resellers will start selling Beats Flex on November 20.

Beats Electronics was purchased by Apple in 2014.