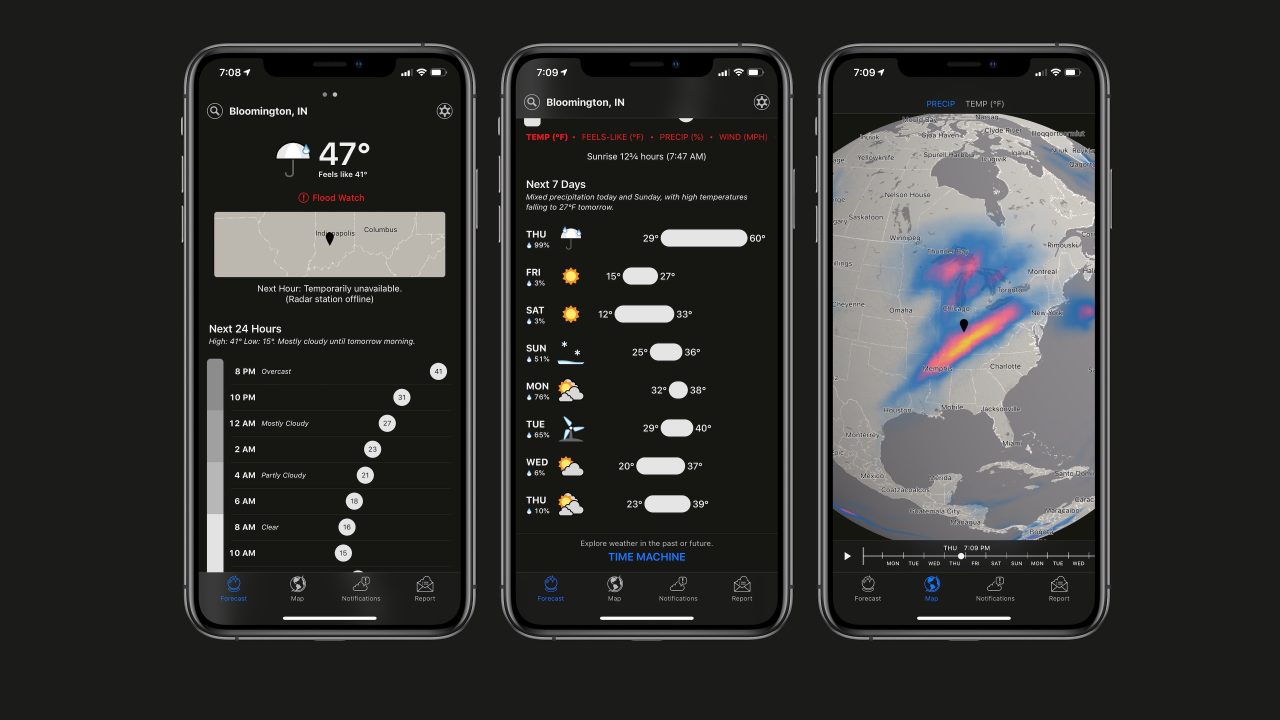 In a surprise move this past March, Apple acquired the highly popular weather app and API provider Dark Sky. After a long wait, Apple is today releasing the first update since it purchased Dark Sky and shut down the Android version of the app.

The November Dark Sky update (rolling out now) isn’t a major one but it brings support for some iOS 14 and watchOS 7 features. Those include the new extra large watch complication for the latest Apple Watch software and a new location icon to alert users when “Precise Location” is turned off.

While Apple’s acquisition of Dark Sky was a bummer for the Android community, it was also a major hit to many third-party developers who used the Dark Sky API. The Android version ceased working this past summer while Apple closed off the API to new customers on March 31. However, the API is scheduled to keep running for existing third-party developers until the end of 2021.

Another notable aspect is many countries are still waiting on Apple to make Dark Sky available. Time will tell if we see that happen and when we might get features like iOS 14 widget support.

Dark Sky is available from the App Store for $3.99.