Why is there a comical difference in the new MacBook Air specs? 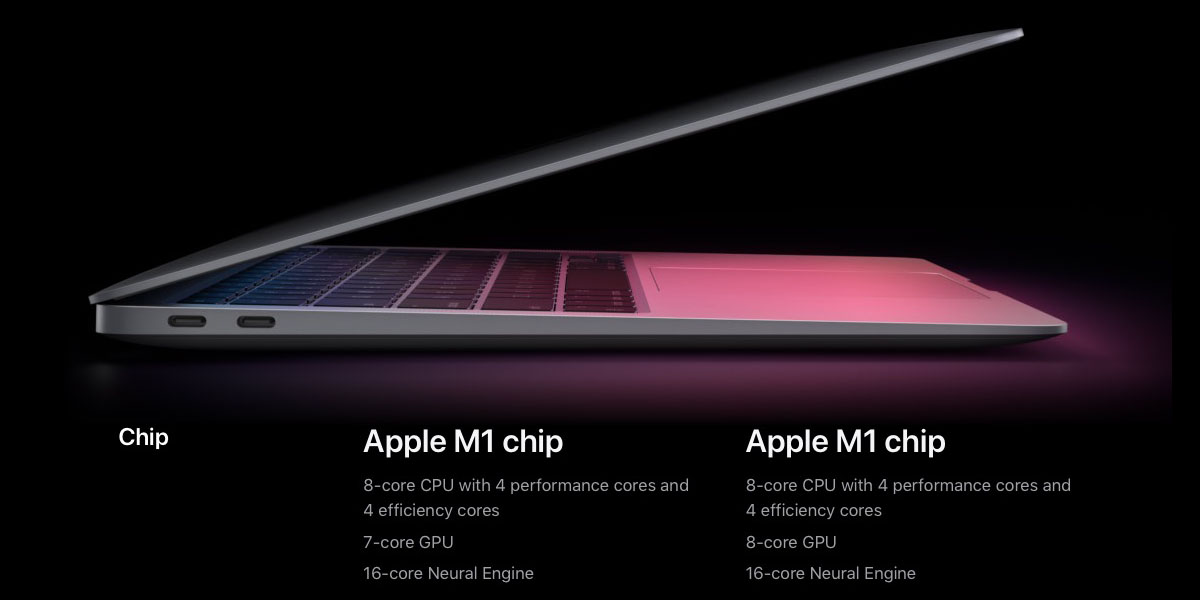 A number of people commented on what appears to be a comical difference in the new MacBook Air specs, between the $999 base model and the $1249 version.

Both models have an 8-core CPU with 4 perform­ance cores and 4 efficiency cores, along with a 16-core Neural Engine. But while the higher-spec model has an 8-core GPU – also seen in the new MacBook Pro and Mac mini – the base model only has a 7-core GPU …

On the face of it, it seems a bizarre point of differentiation. All the more so when the real-world performance difference is likely to be slight. Why on earth would Apple choose that as a spec difference between models?

The answer is that the company isn’t quite choosing that as a differentiator. The explanation lays in something known as chip binning.

No chip fabrication process is perfect, and as the process gets smaller, the challenges of producing a perfect chip increase. When you’re operating at nanometer levels of precision, even the cleanest of clean rooms will still contain some microscopic elements of contamination. So what companies often do is aim for a particular spec, then separate out those chips which fall short, and sell those as a lower-spec version. The chips are, in the parlance, placed in a different sorting bin.

This is what tends to happen with clock speeds, for example. A perfect chip will be able to run at the highest-rated clock speed, while a slightly imperfect one might overheat, but still be able to operate properly at a somewhat slower speed. So the ones which fail testing at full speed are sold as slower ones.

That’s what will be happening here. Apple isn’t asking TSMC to produce a version of the M1 chip with a 7-core GPU instead of an 8-core one. Rather, it is taking those chips which are not capable of running the machine with all 8 graphics cores without overheating. Those are designated 7-core versions and allocated to the base model MacBook Air.

The benefit of taking this approach is cost savings. Instead of throwing away the chips which don’t quite live up to the full spec, Apple is able to use some of them. That increases yields and thus reduces costs.

Looking to trade in your MacBook for Apple Silicon?