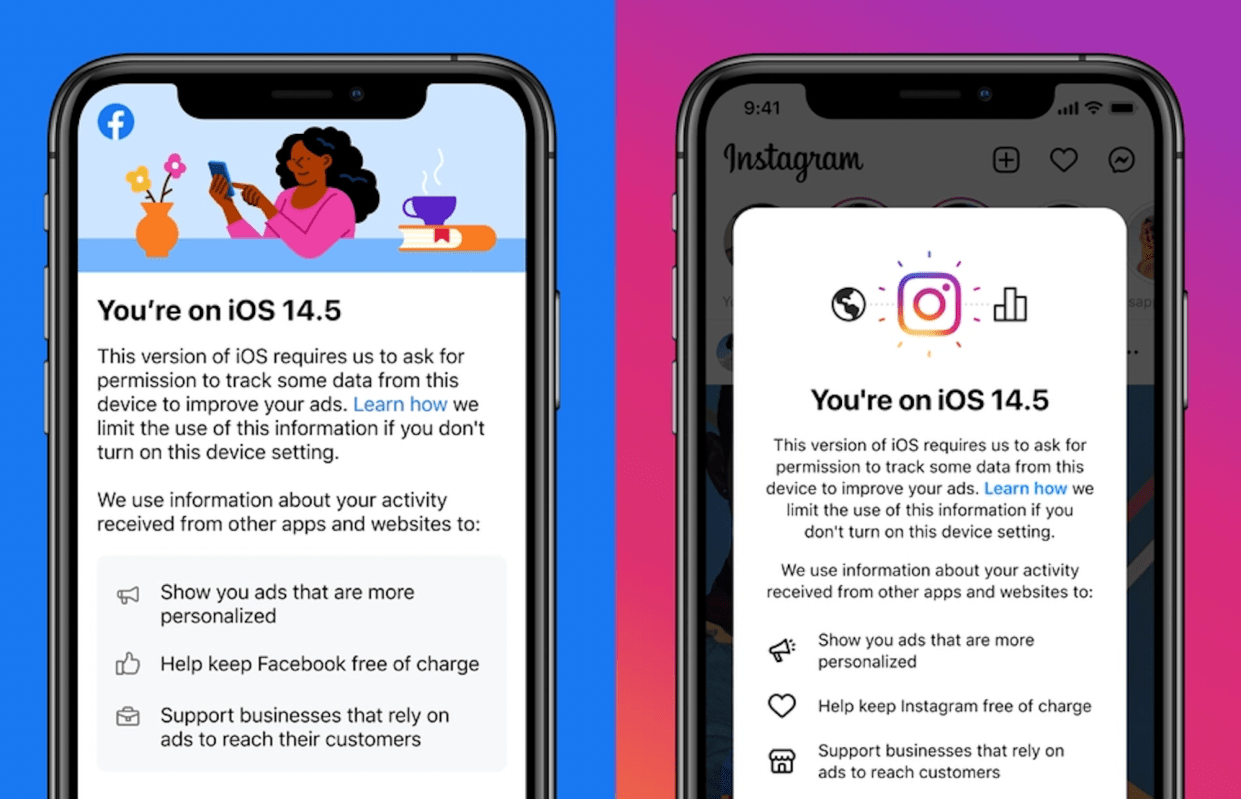 Now that iOS 14.5 has been released to the public, we’re starting to get a closer look at how various companies are implementing the new App Tracking Transparency privacy requirement. Perhaps most notably, the Verge has details on the popup message Facebook and Instagram are using to encourage users to choose the “Allow” option when prompted about tracking…

Facebook had been a vocal opponent to App Tracking Transparency, which is a new feature in iOS 14.5 that requires developers ask permission from users before tracking them across other apps and websites. Despite Facebook’s opposition, however, the company has no choice but to comply now that iOS 14.5 is publicly available.

In the popup message, Facebook explains that iOS 14.5 requires developers to “ask for permission to track some data from this device to improve your ads.” The message details three ways that users benefit from this type of data collection:

Facebook refers to these popups as “educational screens.” They will appear to users immediately before the iOS 14.5 App Tracking Transparency prompt. The second bullet point is especially interesting because there have been no indications that Facebook plans to offer paid versions of its applications.

To help people make a more informed decision, we’re also showing a screen of our own, along with Apple’s. It will provide more information about how we use personalized ads, which support small businesses and keep apps free. If you accept the prompts for Facebook and Instagram, the ads you see on those apps won’t change. If you decline, you will still see ads, but they will be less relevant to you. Agreeing to these prompts doesn’t result in Facebook collecting new types of data. It just means that we can continue to give people better experiences.

Furthermore, it is worth noting that it is against Apple’s Human Interface Guidelines to offer users incentives for enabling tracking. Facebook is not offering an incentive, but rather an explanation on why it collects the data it collects.

Don’t offer incentives for granting the request. You can’t offer people compensation for granting their permission, and you can’t withhold functionality or content or make your app unusable until people allow you to track them.

You can learn more about App Tracking Transparency in our detailed guide right here. Have you seen the new iOS 14.5 prompt in Facebook or Instagram? Let us know down in the comments!