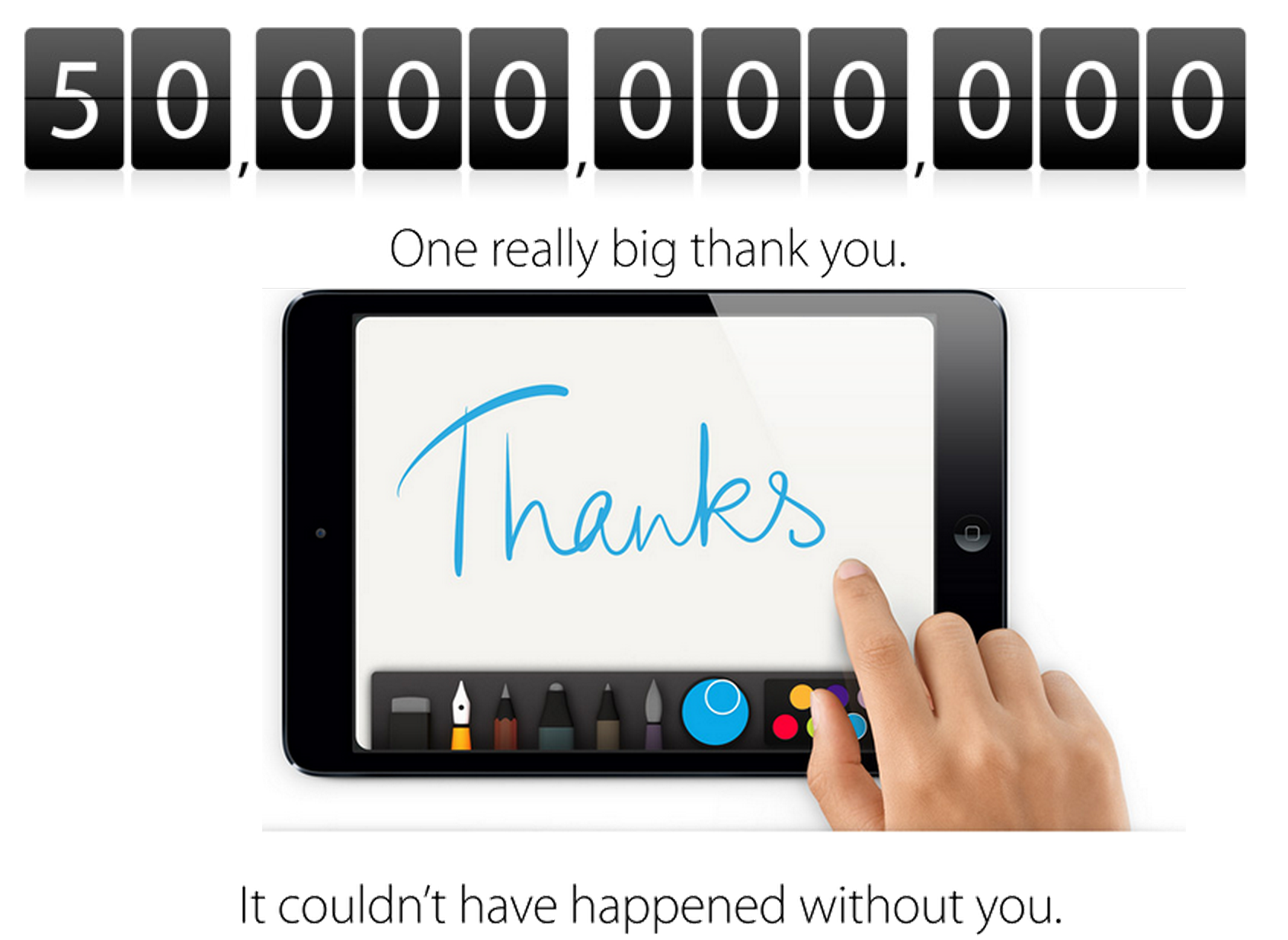 Apple today has officially announced the winner of its $10,000 iTunes gift card giveaway in a press release after reaching 50 billion app downloads yesterday.

And the app that marked the 50 billionth download goes to: Say the Same Thing by Space Inch, LLC. Lucky winner Brandon Ashmore from Mentor, Ohio will be receiving a $10,000 App Store gift card for his download.

“Apple would like to thank our incredible customers and developers for topping 50 billion apps downloaded,” said Eddy Cue, Apple’s senior vice president of Internet Software and Services. “The App Store completely transformed how people use their mobile devices and created a thriving app ecosystem that has paid out over nine billion dollars to developers. We’re absolutely floored to cross this milestone in less than five years.”

In just over a year since its 25 billion milestone, Apple’s App Store has just crossed the threshold of 50 billion downloads. As a reminder, the App Store launched just shy of five years ago, on July 10, 2008. The App Store has celebrated three major milestones since its launch, the first for the 10 billionth download in January of 2011, followed by 25 billion just a little over a year later.

In a press release this January, Apple noted that over 40 billion apps had been downloaded, meaning that one-fifth of all downloads from the App Store have already come in 2013. It remains quite remarkable that five years after launch, the App Store is still seeing such accelerated growth.