Is Siri a success for Apple? [Poll]

Oh, Siri. Apple’s little voice-activated personal assistant in iOS can handle questions, give recommendations, and delegate requests, but does it really live up to expectations? The folks in Cupertino like to roll out advertisements that show Siri capable of compiling individual preferences with personalized results, and even completing basic tasks like finding a nearby restaurant, […]

‘Inside Apple’ offers a glimpse into Apple’s secret unboxing room 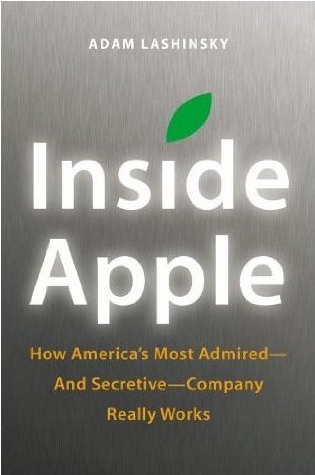 Apple pays utmost attention to the unforgettable experiences customers get from interacting with their thoughtfully designed product packaging, as evident in countless unboxing videos on the web. It is little surprise, then, that the company goes to great lengths to create lasting unboxing experiences.

With that said, of course the company has a dedicated “secret” room to test various packaging designs. It is somewhat akin to Jony Ive’s design bunker in that it is a place where many prototypes are being iterated exhaustively, per Apple’s famous penchant for perfection. Apple even has a number of patents, such as this filing outlining an active packaging for products that will allow Apple to change what is inside on the fly.

According to an excerpt from Adam Lashinsky’s upcoming book titled “Inside Apple: How America’s Most Admired – and Secretive – Company Really Works,” Apple agonizes over how its products are packaged as much as the hardware inside:

To fully grasp how seriously Apple executives sweat the small stuff, consider this: For months, a packaging designer was holed up in this room performing the most mundane of tasks – opening boxes.

According to the author, Apple once stuffed the room with hundreds of iPod box prototypes, testing each one of them until the company settled with the final design: END_OF_DOCUMENT_TOKEN_TO_BE_REPLACED

Fortune just published a long, fascinating excerpt from an upcoming book about Apple called “Inside Apple: How America’s Most Admired and Secretive Company Really Works“ by author Adam Lashinsky, Fortune’s senior editor-at-large. It reveals how far the company is willing to go to ensure its secretive culture. It also tells a tale of Apple’s organizational structure and what makes them tick. Interestingly, Lashinsky writes that Apple’s design guru Jonathan Ive is among the “untouchables,” corroborating claims laid out in the official Jobs biography book by Walter Isaacson. Apple’s late CEO told his biographer that he made sure nobody can touch his “spiritual partner” Ive at Apple. “That’s the way I set it up,” he told Isaacson. Speaking of Apple’s famous culture of secrecy and lack of corporate transparency (at Apple, everything is a secret!), Lashinsky writes it takes two basic forms —external and internal. Needles to say, many employees can hardly stomach security policies focused on preserving internal secrets:

Apple employees know something big is afoot when the carpenters appear in their office building. New walls are quickly erected. Doors are added and new security protocols put into place. Windows that once were transparent are now frosted. Other rooms have no windows at all. They are called lockdown rooms: No information goes in or out without a reason.

As you could imagine, this is “disconcerting” for employees. Organization charts are nowhere to be seen at Apple. There are no open doors as folks use badges to access areas that sometimes even their boss cannot. Only few people at Apple are allowed into Jonathan Ive’s industrial design bunker. People working on hot projects are required to sign “extra-special agreements acknowledging that you were working on a super-secret project and you wouldn’t talk about it to anyone – not your wife, not your kids.” Even former employees do not talk to press and some were reprimanded for talking too much. Apple goes to great lengths to prevent secrets from leaking and maintain discipline culminates with carefully orchestrated media events akin to a blockbuster Hollywood movie-opening weekend.

People working on launch events will be given watermarked paper copies of a booklet called Rules of the Road that details every milestone leading up to launch day. In the booklet is a legal statement whose message is clear: If this copy ends up in the wrong hands, the responsible party will be fired.

END_OF_DOCUMENT_TOKEN_TO_BE_REPLACED 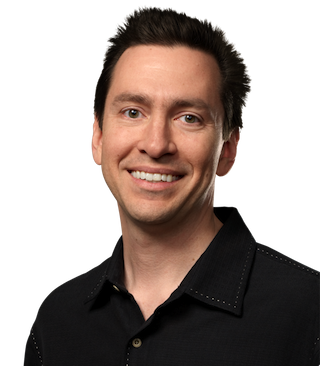 Fortune Senior Editor-at-large Adam Lashinsky’s upcoming book about Apple’s inner workings titled “Inside Apple: How America’s Most Admired and Secretive Company Really Works” is bound to become controversial. Unlike Steve Jobs’ authorized biographer Walter Isaacson, Lashinsky did not have direct access to Apple’s leadership team, employees nor did he have Jobs’ cooperation. Nevertheless, the author has deep connections so his book draws from this expertise, focusing on Apple’s former CEO Steve Jobs, current CEO Tim Cook, design chief Jonathan Ive and head of iOS software Scott Forstall (pictured on the right). The young executive (43) has managed to accumulate power, and he now wields tremendous influence at Apple due to his iOS division contributing to as much as 70 percent of Apple’s total revenues. As such, Forstall is seen as Apple’s next CEO once Tim Cook steps down, which probably will not happen until 2021 if he is to vest his 1 million stock shares awarded last August. Here is how one source described Forstall in Lashinsky’s upcoming book, according to Fortune’s Philip Elmer-DeWitt:

He’s a sharp, down-to-earth, and talented engineer, and a more-than-decent presenter. He’s the total package.

END_OF_DOCUMENT_TOKEN_TO_BE_REPLACED

Adam Lashinsky’s look ‘Inside Apple’ will be released on Jan. 25

Fortune Sr. Editor-at-Large Adam Lashinsky spent the last few years digging deep inside Apple looking for what makes Apple, Inc., tick. Fortune ran a bit earlier this year in a cover story called “How Apple works: Inside the world’s biggest startup,” and it holds up as a fascinating read. The full version of the book, “Inside Apple,” is tabulated at 240-to-272 […]

Fortune releases ‘All About Steve’

Fortune just released a new Kindle eBook entitled All about Steve: The Story of Steve Jobs and Apple from the Pages of Fortune… Steve Jobs’ legacy is clear: The most innovative business leader of our time, the man FORTUNE named CEO of the Decade in 2009. Now from the pages of FORTUNE comes an anthology […]