After rolling out the device to 22 more countries last month, BGR.in reported today that multiple sources confirmed Apple is preparing to launch the iPhone 5 in India on Oct. 26:

Apple confirmed last month in a press release announcing sales of 5 million units for the iPhone 5’s opening weekend that it still plans to roll out the device to more than 100 countries by the end of 2012. BGR.in previously reported that Apple will handle sales of the iPhone 5 in India this year, with carrier partners Aircel, Airtel and others offering nano SIMs and special tariff plans for the device.

Details on iPhone 4S launch in India, Russia and Taiwan 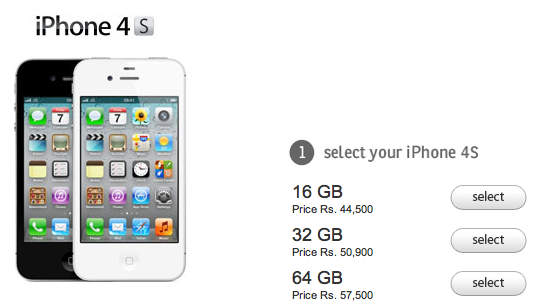 Unlocked iPhone 4S is priced out of reach of average folks in India.

Currently available in 44 countries, Apple’s iPhone 4S is patiently awaited in 26 additional territories as Apple makes good on its promise to have the device available in over 70 markets and on 100 carriers before end of the year. iPhone 4S has been well received in Japan and Singapore and pre-orders sold out in Hong Kong in 10 minutes, but reportedly not so much in South Korea… END_OF_DOCUMENT_TOKEN_TO_BE_REPLACED