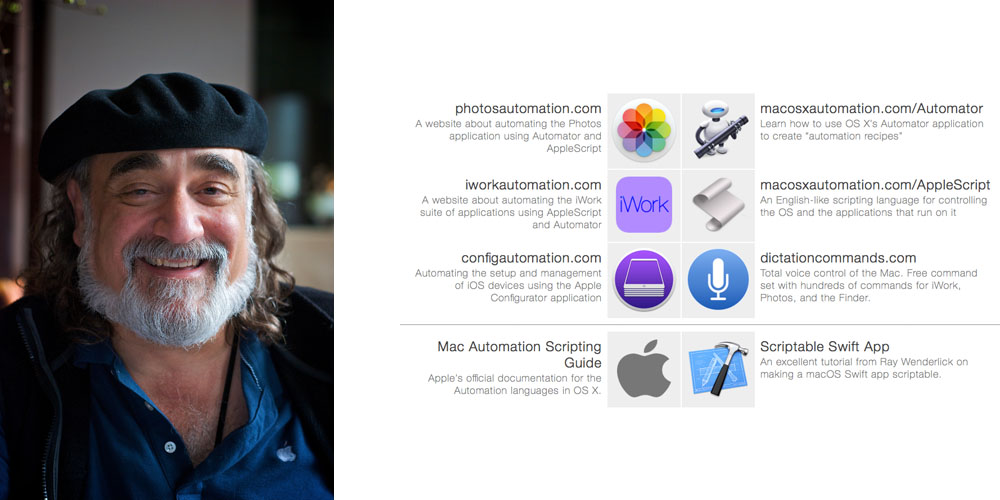 Sal Soghoian, the man who headed up user automation tools at Apple – including AppleScript and Automator – says that he left the company last month when Apple eliminated his position ‘for business reasons.’ Chicago Sun-Times tech columnist Andy Ihnatko broke the news yesterday, with Soghoian explaining more in a newly-added FAQ on his website.

It’s unclear whether other team members have also been let go, but Soghoian says those concerned about the future of user automation in macOS should ask Apple.

Ask Apple. Seriously, if you have any questions or concerns about the future of user automation, ask Apple. If user automation technologies are important to you, then now is the time for all good men and women to reach out, speak up and ask questions. The macOS user automation technologies include: UNIX CLI (shell, python, ruby, perl), System Services, Apple Events (JavaScript, AppleScript, AppleScriptObj-C, Scripting Bridge), Automator, Apple Configurator (AppleScript, Automator), and Application scripting support in Photos, iWork, Finder, Mail, and other Apple applications …

END_OF_DOCUMENT_TOKEN_TO_BE_REPLACED

iMessage “being taken over by spammers,” accounts for almost a third of mobile spam 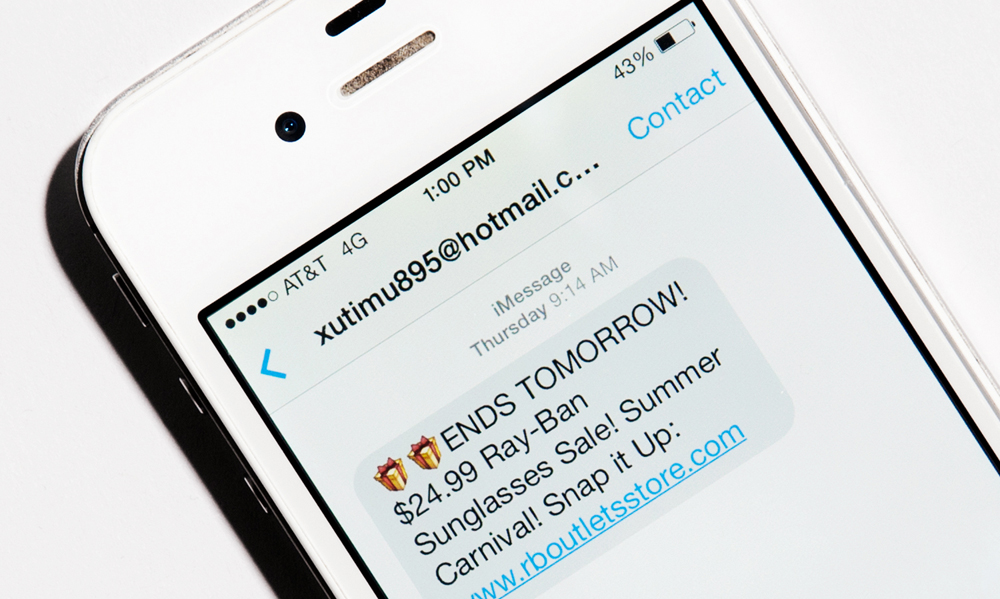 Security company Cloudmark claims that almost a third of mobile spam messages are now being sent via iMessage thanks to the ease with which they can be sent from a Mac, reports Wired.

Thanks to one particularly aggressive campaign from a junk mailer, [iMessage spam] accounts for more than 30 percent of all mobile spam messages […]

“It’s almost like a spammer’s dream,” says Cloudmark’s Tom Landesman. “With four lines of code, using Applescripts, you can tell your Mac to send message to whoever they want.”

END_OF_DOCUMENT_TOKEN_TO_BE_REPLACED 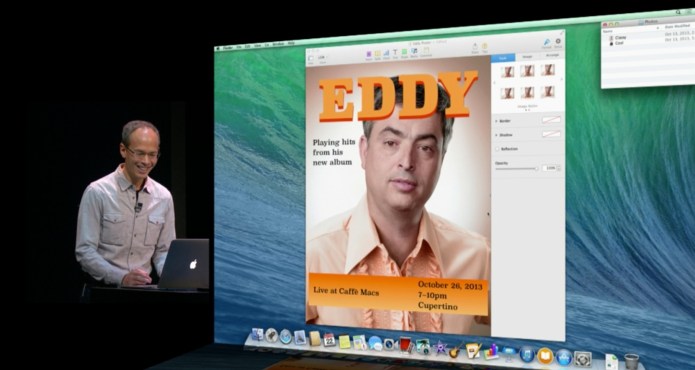 Last month, Apple introduced new iWork suites for both OS X and iOS. The new applications feature entirely new designs and are built-up a new 64-bit architecture for increased speed. However, as we previously noted, many long-time iWork users have found that the new versions lack several features that have existed in previous releases. Today, Apple has responded to these complaints and has said that it will be restoring several of the missing features over the course of the next 6 months.

The new iWork applications—Pages, Numbers, and Keynote—were released for Mac on October 22nd. These applications were rewritten from the ground up to be fully 64-bit and to support a unified file format between OS X and iOS 7 versions, as well as iWork for iCloud beta.

These apps feature an all-new design with an intelligent format panel and many new features such as easy ways to share documents, Apple-designed styles for objects, interactive charts, new templates, and new animations in Keynote.

In rewriting these applications, some features from iWork ’09 were not available for the initial release. We plan to reintroduce some of these features in the next few releases and will continue to add brand new features on an ongoing basis.

These features will return in software updates. Here are the features that are coming back: