My favorite iOS 8 feature is one of the simplest: the uncannily-accurate predictive text functionality, offering not just auto-complete of the current word but trying to predict the next one too.

xkcd cartoonist Randall Munroe decided to have a bit of fun with the feature, typing in the openings of a number of famous movie quotes and seeing how iOS 8 would complete them. “Toto, I’ve a feeling we’re not going to the gym today” is my favorite.

Unlike many of the entries at sites like damnyouautocorrect.com, which are simply made up, all of Munroe’s examples are genuine. The feature does learn from your own vocabulary and phrasing, however, so results may vary.

xkcd is well worth bookmarking by anyone who loves technology and science.

To see how to get the most from some of the features introduced in iOS 8, check out our ‘How-to’ series: 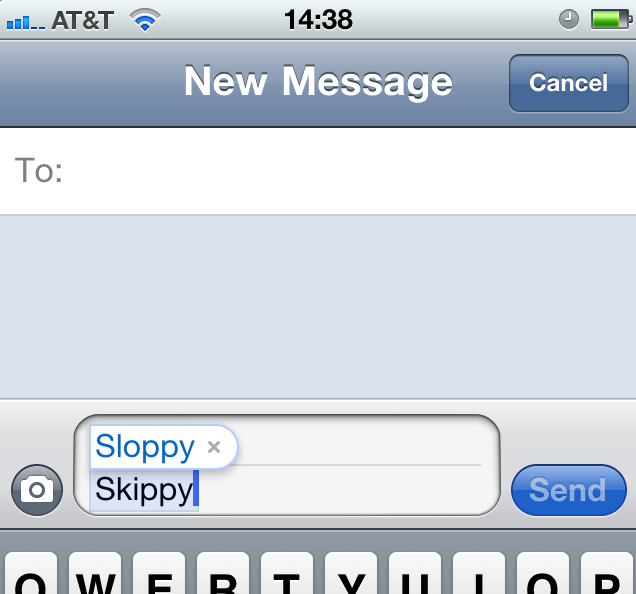 The trial found that Samsung infringed three of the five patents Apple claimed, including a specific element of its auto-correct patent which described a particular method of offering corrections or completions. Samsung had unsuccessfully argued at trial that this approach had been used by others before Apple, and therefore could not be patented. The court rejected this argument, but the USPTO has now agreed with Samsung …  END_OF_DOCUMENT_TOKEN_TO_BE_REPLACED