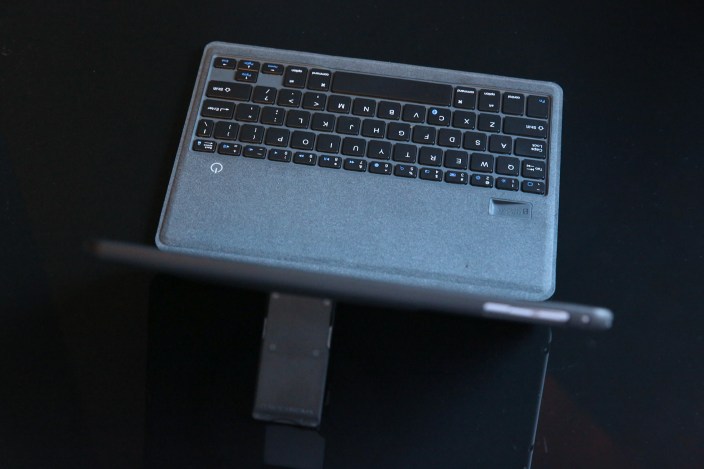 History suggested that iPad Air 2 cases would be far more numerous after January’s annual CES show, but due to unexpected production delays, there still aren’t many choices out there. But thanks to ZeroChroma, there are two largely bright spots on the horizon: a finished case called Folio-Slide for iPad Air 2 ($70), and an upcoming $100 version called Folio-Slide with Slide-Lid Keyboard, both of which I’ve been testing for the past week.

The basic version of Folio-Slide is the iPad Air 2-compatible sequel to the very best case I’ve tested for the original iPad Air – one I highly recommended in an iPad case and stand roundup last year. But this year’s version regrettably took a couple of design shortcuts in order to quickly reach the market, the details of which may or may not matter to you. On the other hand, ZeroChroma’s Slide-Lid Keyboard is a truly interesting new add-on that will really appeal to iPad Air and iPad Air 2 owners. Read on for all the details.