Apple can reach $1 trillion again if it launches a “media bundle” in 2019, says Morgan Stanley

As Apple rebounds from its first earnings call predicated with a guidance revision in 16 years, many analysts remain skeptical of the company’s ability to regain its trillion-dollar status. Morgan Stanley analyst Katy Huberty, however, offers a different take, via CNBC.

END_OF_DOCUMENT_TOKEN_TO_BE_REPLACED 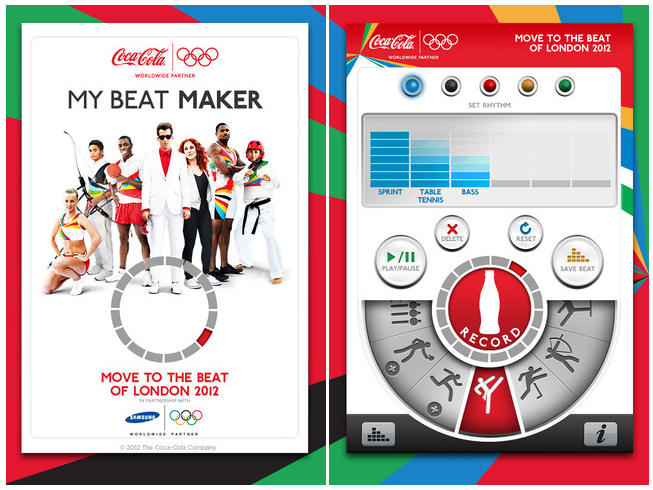 With the 2012 Summer Olympics in London set to kick off in the coming months, official sponsor of the games Coca-Cola teamed with producer Mark Ronson to create an Android app called “Coca-Cola Olympic Games My Beat Maker.” As you might imagine, the app allows you to create your own beats, but it does so by letting you chop up the official Coca-Cola anthem for the London 2012 Olympic Games—”Anywhere in the World” by Ronson featuring Katy B.

My Beat Maker uses amazing technology to detect the movements of your phone and transform them into music so you can make your own beats!… Bust out your own loops and beats based on the official Coca-Cola® anthem for the London 2012 Olympic Games, Mark Ronson featuring Katy B’s Anywhere in the World, just from the motion of your phone.