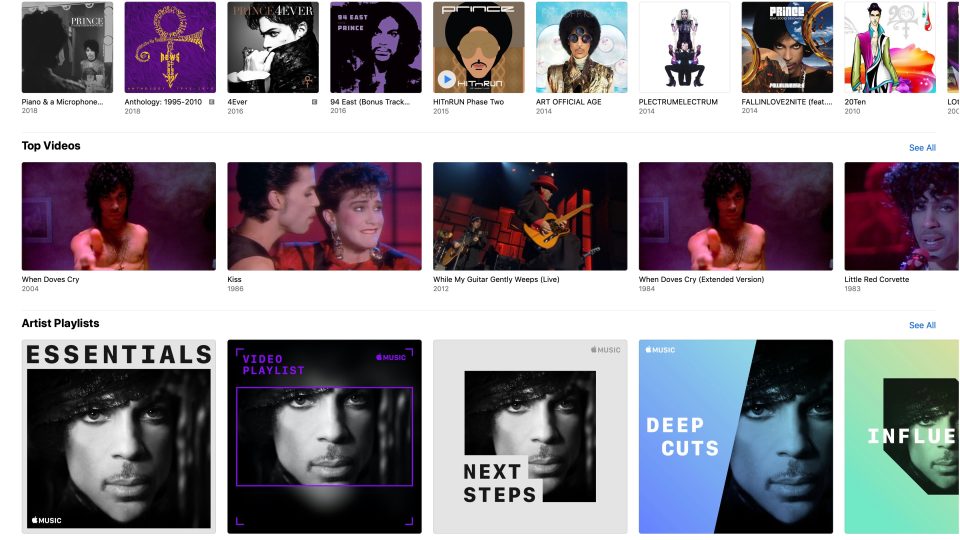 Prince’s Warner Brothers catalog hit Apple Music early last year, but that left many of his albums missing. That’s been corrected today, thanks to an agreement between the Prince’s Estate and Sony Legacy Recordings …

END_OF_DOCUMENT_TOKEN_TO_BE_REPLACED

Exactly one year after the death of Prince, RMA is releasing an EP of six previously-unreleased tracks by the artist. Deliverance will go on sale on Friday, and the title track is on iTunes and Apple Music as of today.

After Tidal exclusivity, Prince’s music is officially coming to all streaming services today 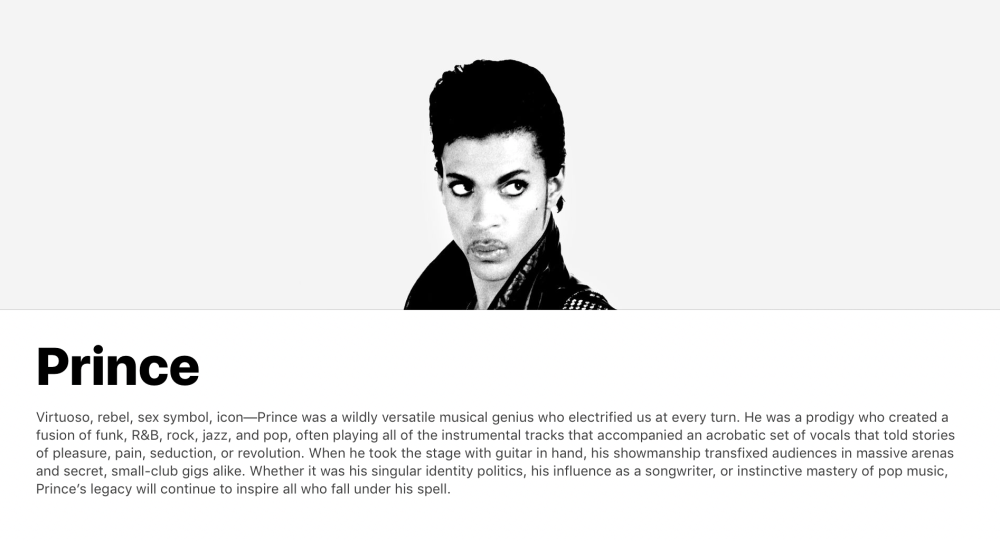 Ahead of The Grammys this evening, Warner Brothers has announced that Prince’s music will become available on streaming services this afternoon.

Originally rumored earlier this month, the release of Prince’s catalog to Apple Music and other services comes as a tribute to the late-artist is expected at The Grammys.

END_OF_DOCUMENT_TOKEN_TO_BE_REPLACED

In honor of the passing of musician Prince, Apple is featuring a collection of albums, songs, movies and more on iTunes.