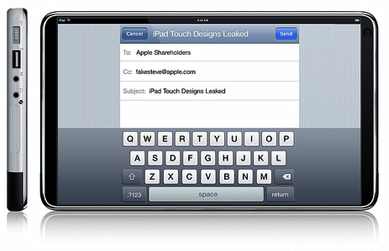 Here’s an interesting post on the Apple Job boards (below) It looks like the ipod team is hiring a flat panel engineer for ipods? I know that the iphone screen and the current generation of ipod screens are technically “flat panels” but aren’t usually called as such. Also, nothing in the advertisement mentions “micro-screens” which ipods and the iphone currently posses.

As these could be high res screens like Sony’s eReader line, a very interesting development! More likely though, there will be a Mac Tablet-type of machine that will be based of of the Macintosh Embedded platform that is the brains behind the MacTV and iphone.

I’ll take a 10 inch ipod for the train ride to work please! 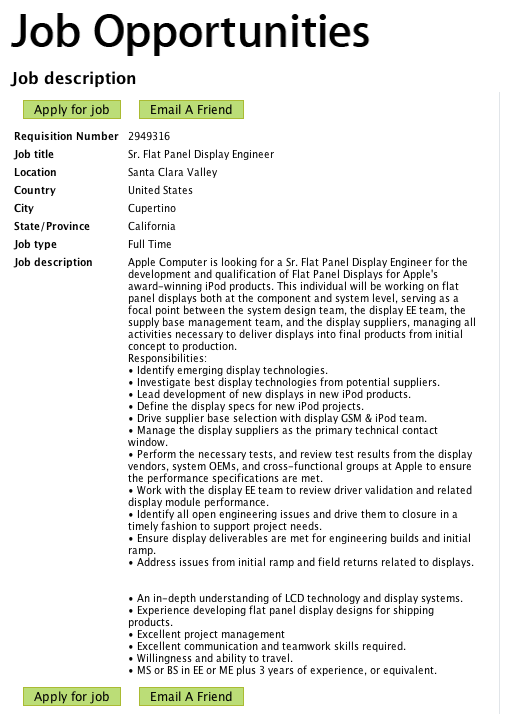