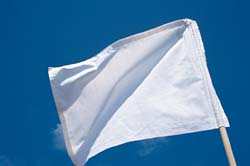 OK, we’ve been pretty hard on the 1.1.1 iPhone upgrade, the people who’ve happily upgraded, and Apple for having done it. For people not interested in the additional applications and who bought into a two year AT&T contract, it probably makes perfect sense. We even recommend the upgrade to a colleague that would never find any use in the additional apps – they actually didn’t even use email application either. That is cool. To each their own.

If you are an American who was done with their contract or willing to go to AT&T for a 2 year commitment, then the iPhone lockage doesn’t really affect you and you probably don’t see the situation the same as the rest of the world. For you, the decision is easy. You don’t need to put it on another carrier and you don’t need any additional functionality than what Apple says you need. What is all of the whining about?!?!

The reason we are making such a stink is that the iPhone is such a cool phone, such an amazing piece of technology that it deserves to be set free. We are not saying that we don’t accept the consequences for the actions of taking to another carrier that won’t charge us $1000/month to use it overseas. Or what about the people who live outside of AT&T’s coverage area? We are simply saying that Apple is making some seriously questionable moves here. Is this a sign of things to come?

We know that Apple is really not pulling all of the strings. They’ve made some unholy alliances, however, that keep punishing their customers more and more. Is Apple really trying to smooth the experience of owning a mobile phone by choosing only AT&T? No. They chose Tmobile in Germany – why not in the US? The experience really wasn’t that great getting a phone through iTunes anyway – it was nice to not have to deal witha human. The reason they chose AT&T was because they are getting a royalty on the iPhone for exclusivity. Is this deserved? That is a debate to have at some other point – it certainly wasn’t just for the visual voicemail.

It isn’t just the telecoms with Apple recently. Apple seems to be playing more and more the role of RIAA enforcement agent than ever before. Rather than build a feature into iTunes that takes any of your music and makes a free ringtone out of it, they force their customers to pay AGAIN to shorten the music and make it a ring tone. As many people have said, this is absurd and is clearly putting the record labels interests over their customers.

We aren’t privy to behind the scenes negotiations. Perhaps Apple is getting bullied into these deals by the record companies and telecoms. Or maybe the bean counters are beating the consumer advocates in Cupertino. No one knows for sure.

Movies and videos on iTunes have been stalled for awhile. Perhaps the digital content providers are really playing hardball with Apple. Maybe as part of that deal, Apple will scour your hard drive and look for what the movie companies consider illegal content and delete it off of your Mac when you enable the movie rental service on iTunes. Is this any worse than totally destroying an iPhone that has a legal SIM card in it from another carrier? No.

We just don’t want to see that day.