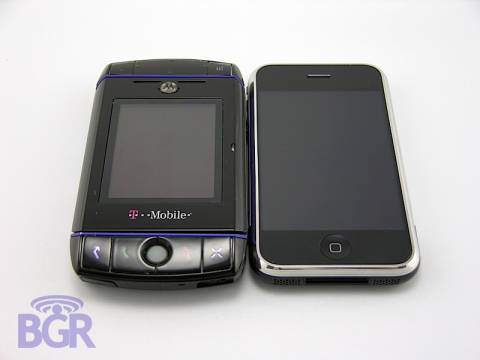 While Apple’s official line is that the only 3rd party iPhone development will be on the EDGE-crippled Web 2.0 "SDK", behind the scenes, there is much more going on. Apple has been furiously working with their partners on games and applications for the iPhone/iPod and the standardized Human-Interface Controls that will go along with them. For instance, EA is currently porting their iPod lineup to the OSX iPod/iPhone platform to be sold along side the classic iPod OS versions. Other big developers with strict confidentiality agreements are also on board.

Apple is specifically looking to replicate the model of TMobile’s successful SideKick application development and distribution platform (although obviously not in the Sidekick’s Java). Apple has even brought in some of Danger’s (SidekickOS creators) application development team to help with the architecture. A public SDK announcement will likely be made in the coming months which could possibly be included with Xcode. More likely, the SDK will be given only to high level developers with established close ties to Apple.

In the Tmobile model, developers (who can prove they are developers by submitting a working application) get a key that opens their Sidekicks for further testing. Once they feel they have a stable working application, they submit it to the Danger/Tmobile team for compatibility testing. If Tmobile/Danger feel the application is stable, won’t interfere with other applications and would be of interest to their customers, they make it available for download and install through an integrated payment system. The cost of application is added to the customer’s monthly bill. The Danger team actively works with the developers to insure compatibility and stability in applications through SidekickOS updates.

Whether Apple would make the applications available on Mobile iTunes via an over the air upgrade compared to their current model of installing from a host computer’s iTunes is uncertain. The direction they are heading is certainly towards making the iPhone a solitary device so one would expect mobile iTunes to bear some of this load. Also, the applications would be billed through the user’s iTunes account rather than the phone bill in the Tmobile model.

The rationale for Apple’s recent complete and total lockdown of the iPhone is that these games would be easy to port to the unlocked versions of the iPhone. Developers could easily sell the applications on their own without Apple taking its cut (which is guesstimated to be about 2/3rds of the take). These pirated applications could also be distributed via torrent sites like music and movies are currently.

Apple, learning about the devastating effects of pirating from its first hand experience in the music and film industry and their own OS/applications, does not want this to happen. Therefore, one shouldn’t expect Apple to release a way for non-developers to freely install applications on their iPods and iPhones.

These moves will likely further sever the iPhone OS fork and subsequently make the unlocked iPhones more valuable than ever as a hacker device.