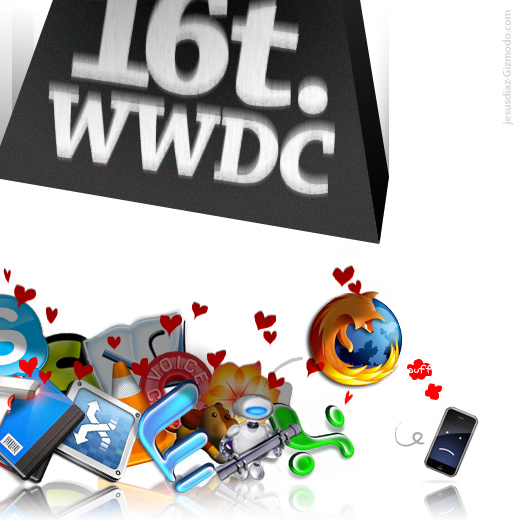 The web is alight with delight today about the Apple announcement of the iPod/iPhone SDK. While it is certainly good news for Apple fans and a welcome industry move by Apple, the press release had plenty of caveats.

As we stated before, Apple will be the sole distributor of the iPod and iPhone software and most likely distribute it through the iTunes delivery that it currently uses for games on the iPod. They will also take a large cut of the revenue that the software produces. They will only distribute software they deem necessary, safe and worthwhile.

All of this is Apple’s right. The video games consoles do this. T-mobile does this with the Sidek!ck. Nothing wrong with this. As a matter of fact, yo can rest assured that there won’t be any viruses or backdoors in any of the software that goes on your iPhone. The software will likely be very stable and will behave nicely with all of the other software on your phone.

However, it is also a lot of fun to play with hacked applications. And a lot of cool things come out of open platforms. This model that Apple is promoting is cutting a lot of small developers out of the fold. It’d be a shame for Apple to miss out on this very creative part of the technology experience.

Edit: Engadget points out that Apple’s plan isn’t as open as Nokia’s like stated in the press release. Don’t hate on the messenger!