Shopping for an Apple TV 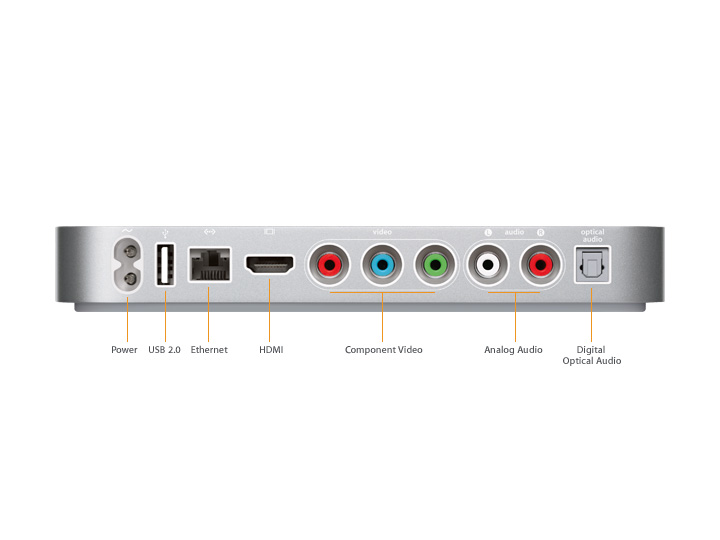 I was complimented by the salesperson at the 5th Avenue Apple Store for my preparation. I had brought the manuals of my Scientific Atlanta Cable box, my Sony 5.1 system, my Samsung HDTV, and a drawing of how I thought I would rout the cables. I wanted to buy an Apple TV, but I wanted to make sure I could integrate it with my system so I could have HD from the cable box and the ATV (My 5.1 system has a standard DVD player built in—for an essay on why BluRay and HDDVD are irrelevant, see, The Chums of Chance Embrace Digital Downloading at 720p, and Rejoice at the Advent of 1080i Two Years Later) and 5.1 sound from ATV, Cable, and the Sony box.

We figured out a way that I could use the optical output on the ATV to give me surround in my Video 2 port and how the cable box had a spare coaxial audio port that could do the same on Video 1. I’d need an HDMI cable (do not buy these at retail, if you don’t already know—you can save around 80% online) and that RCA coax, and I’d be ready. I was reaching for my Amex. Then I happened to mention that once I owned an ATV, I could move my Airport Express (which sits next to my cable box and cable modem) down to the basement so I can finally move my ugly and not-often-used brother laser printer out of my office.

That’s when the salesperson gave me a funny look and asked if I also wanted to get an Airport Extreme base station. I was confused. Why would I need an airport extreme base station if I already have an Apple TV? And then he dropped the bomb: The Apple TV, despite having an Ethernet input and a 802.11n card, is not a router.

What?? Why not? Doesn’t ATV already have all the appropriate hardware to be a router? I’m not an engineer, but how much money are we talking to make this box a router? Is it above a dollar?

So now, instead of expanding my wireless network by putting my Airport Express in the basement with my printer, I would need to keep the airport express and the ATV together in my TV hutch so the ATV can receive a signal from the AX, six inches away. My two computers (one is a MacBook) receive their internet connections from the AX now, which has allowed me to place the G5 tower where I won’t have to drill holes to rout cat5 cables. I know these last few sentences have been inelegant, but that’s my beef—Apple is the king of elegance. Wouldn’t adding routing capabilities to ATV make the box more, well, Apple-y?

In my situation, the answer is absolutely. I would gladly be an early adopter of ATV, even with it’s 720p petitHD spec, if it meant I could also use it as a router. I would do it just for the elegance alone. But without a router, my TV hutch starts to look like an IT office, with a million blinking lights and a Medusa’s coif of cables everywhere. Screw that. I’ll wait until ATV gets a router and 1080i.

Unless, dear Steve, there is a firmware update in the near future that will give me my wish? Let me know…