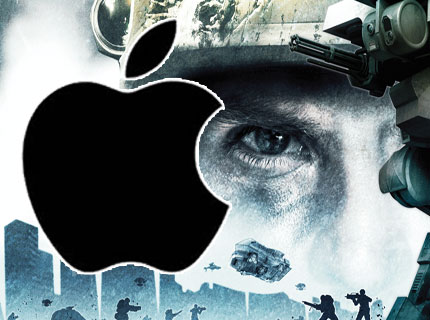 Apple’s iPhone will become one of the world’s leading mobile gaming platforms, as games developers worldwide make plans to deliver titles for the platform, now the iPhone 2.0 SDK (beta) has been made available.

Like RIM with its Blackberry in the enterprise market, Sony, Nokia and other manufacturers creating mobile gaming devices (such as the PSP or Java-enabled mobile phones) face a tough battle as Apple makes its biggest move yet into the gaming market.

Gamers can look forward to a wide selection of titles come June when the iPhone is finally enabled for third-party applications. Developers Feral Interactive, Artificial Life, Sega, iD Software, Gameloft, Aspyr, Freeverse, and Pangea Software have all confirmed hopes to deliver games for the platform.

Developers are excited at the potential of creating titles for the device, and its non-phone sister, the iPod touch. They want to explore the built-in movement sensors within these devices, and can’t wait to make products available for sale through the ever-busy iTunes Store.

EA CEO, John Riccitiello observes: "The animation technology in the iPhone OS enables us to build awesome games. I think iPhone consumers are going to be blown away by the games we create for this platform."

At the Apple event last week, EA demonstrated a version of Spore which uses the accelerometers inside the phone to allow gamers to control their game. Sega showed us an iPhone version of Monkey Ball.

Mobile gaming companies are moving into the space. Gameloft will introduce over 15 iPhone/iPod touch games by the end of 2008. Compnay president, Michel Guillemo, said: "The iPhone gaming environment opens a new era in mobile gaming and is exactly what we’ve been waiting for."

Long time Mac developers are also excited. "This is the coolest thing I’ve seen in game development in 15 years, except maybe for the Nintendo Wii," Glenda Adams, director of development for Aspyr Media told Macworld.

Beyond custom third-party applications, Sun has also confirmed itself to be looking at the iPhone SDK with the aim to port a version of Java to the device. While Apple has no plans to support this, Sun argues that making Java for iPhone available is well within the remit of the third party development agreement, and introduction of such technology would enable iPhone users to play Java games on their device.

What makes the iPhone so attractive to all involved is both the extent of its deployment and the suitability of its user base. While the Sony PSP has shifted ten million units in the US since March 2005, Apple has sold four million iPhones so far, and intends selling ten million by the end of this financial year. That’s a large potential market that justifies creating titles for the platform.

Better still, iPhone users are already accustomed to using the iTunes Store, and are already prepared to spend money for digital commodities. Other gaming platforms have faced an uphill struggle persuading less tech-savvy consumers to do the same.

While it’s far too early to say how the big game will play out, it’s clear Apple is exercising a two-pronged approach: beefing-up iPhone to appeal to core Blackberry users in the enterprise market while enabling its mobile to become a large deployment world-class casual gaming platform.

And all these reports ignore Apple’s second growing market: the iPod touch. That the touch will support the same games and systems means developers are looking at a much more sizable market than iPhone sales figures alone would lead us to believe.

Apple’s games development partners will play their hand in June.

….thanks to http://www.gameguru.in/ for the image