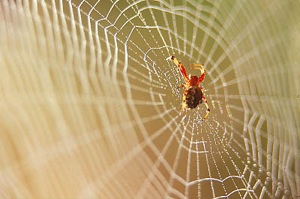 Wake up, it’s Wednesday — and if you live in Canada or the UK, you can avoid waking up and watch a movie purchased or rented from iTunes instead. Those of us not doing that have a few tasty morsels surfacing across the Mac Web today.

Here we go: WWDC developers will get an early bird seed of Mac OS X 10.6 (yes, Apple still makes Macs, doubters); more info on the future of .Mac; Yahoo faces more trouble over Microsoft deal denial; speaking of monopoly, Electronic Arts has released its Monopoly game for iPods; Third-party iPhone Apps will launch on Monday (presumably through the Apps Store); oh, and with the next-gen iPhone imminent, Cult of Mac has a handy primer on how to sell your iPhone online. More later…

OK it’s just a rumour, but TUAW reckons a source let it know Apple may seed developers with an early build of Mac OS X 10.6 at WWDC next week. If this is correct, expect 64-bit support at the expense of PowerPC support. That’s gone. (Though another report claims Apple’s set to release 10.5.4, possibly ushering in a slew of iPhone features and support for the .Mac transubstantiation.

Maybe it is, maybe it isn’t, but things are looking good for a rebranding. Expect Web-based interfaces for all the .Mac apps, over-the-air iPhone syncing, potential Windows support and a bevy of other features here. (We just want to store our Home folder safely and securely in ‘the cloud’).

Well, Yahoo’s shifted its annual shareholder meeting to August , while a billionaire investor threatens to force the issue, running his own ten candidates for the board – he wants to sell Yahoo to Microsoft, and is making his mission personal, threatening to oust Yahoo boss, Jerry Yang.

iPod users can now play Monopoly as the game’s this week been made available for sale through iTunes. Monopoly is such a great game – you can sit down and play it with your closest friends, and still have a bitter argument. This version lets you play against AI or against your friends in ‘pass-along’ mode – just don’t throw your iPod at the wall when you land on a hotel, OK?

Look – if you own an iPhone already you’ll be interested in upgrading to the new model. Think about when, how and where to sell your current much-loved mobile, don’t forget to erase your personal details, perhaps you should sell it pre-jailbroken? Useful advice here for those who do.