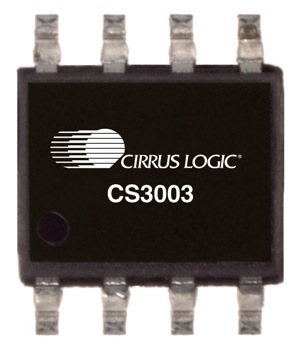 Cirrus Logic shares took a hike North today on strength of market rumours that company’s audio codec chips will be deployed in future Apple iPods, including the iPod touch.

“In our recent trip to Asia, our channel checks at consumer electronics manufacturers confirmed that Cirrus has been designed into next-generation Apple’s Classic, touch and nano iPods," according to the AP.

If true, this deal’s going to iPour around $20 million in revenue for the company, “over the next 12 months”, the report says. Odd really, as the analyst in question added, "While the company is not commenting on these two design wins, we believe Apple could become a meaningful revenue contributor to Cirrus starting in the second quarter of fiscal 2009."

Apple has used Wolfson Microelectronics’ as supplier of low power Codec’s in every iPod, though that company last March admitted to losing Apple’s business.

The immediate effect of the analyst claims has been a 5.43% hike in Cirrus Logic shares shares, up 36-cents to $6.99 each at time of writing.