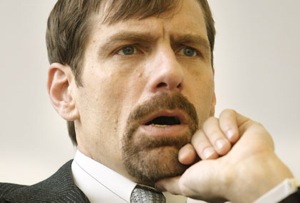 Illusions that tech isn’t colourful were blasted last night when it emerged the boss of a company whose chips are used in almost every Apple product was involved in drugs, prostitution and financial double-dealing that would make Harvey Keital’s character in Bad Lieutenant look like an innocent schoolboy.

Yes, it’s true, Broadcom co-founder and former CEO Henry Nicholas has been charged with maintaining and distributing drugs from his various homes, spiking customer and employee drinks with ecstasy, and more. He’s also facing charges of stock options backdating to the tune of $2.2 billion – the largest such case in US history.

You can read the drugs indictment here, thanks to The Register, which explains: "The indictment also claims Nicholas constructed an underground room and tunnel beneath his Rodeo residence for drug use."

In one incident, which sounds like an event from a Hunter S. Thompson novel or Cheech and Chong movie, it has been alleged Nicholas and others smoked so much marijuana during a flight on his private plane between Orange County and Las Vegas that the pilot had to put on an oxygen mask.

Drug distribution involved his home, a hired warehouse and a Las Vegas condominium, from which drugs including ecstasy, cocaine and methamphetamine were supplied.

Nicholas is also accused of spiking the drinks of industry executives and employees of Broadcom customers (though it’s hard to believe they wouldn’t have noticed this). He faces 20 years in jail on the drugs charges, and more for the stock options backdating.

What makes this case so tragic is that Nicholas has been widely involved in a host of philanthropic causes, with a particular focus on supporting victim’s rights. His Henry T. Nicholas, III, Foundation, focuses on improving the quality of life through various investments in education, youth sports, medicine and more, including supporting education and scholarships for children.

Interestingly, Broadcom recently secured a deal to provide GPS chips for the 3G iPhone, a feature the device reportedly must carry because of pressure from the FCC.