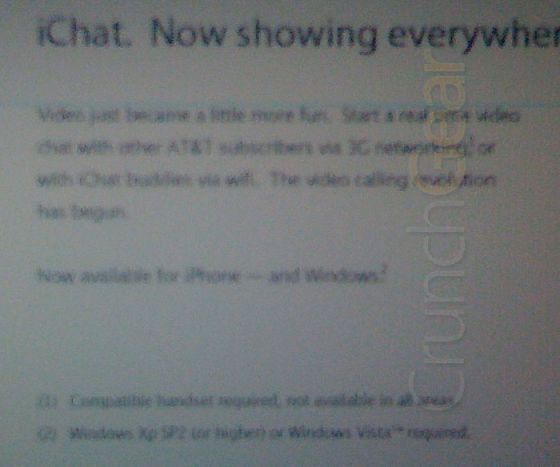 Videoconferencing on iChat has never worked perfectly for us….especially over Jabber and to AOL users on Windows.  According to Crunchgear all that can now change.  They found a little blurb in some "leaked" photos (which frankly look about as real as any we’ve seen – but are probably not real):

Video just became a little more fun. Start a real time video chat with other AT&T subscribers via 3G networking, or with iChat buddies via WiFi. The video calling revolution has begun.

Now available on iPhone and – Windows!

Steve Jobs announced that AOL IM would be available in iPhone 2 at the SDK preview earlier this year.  Video on the iPhone and iChat on Windows however is a bit surprising.

The video capabilities coincide with earlier reports that the 3G iphone will indeed have video capture capability – which would be nice. 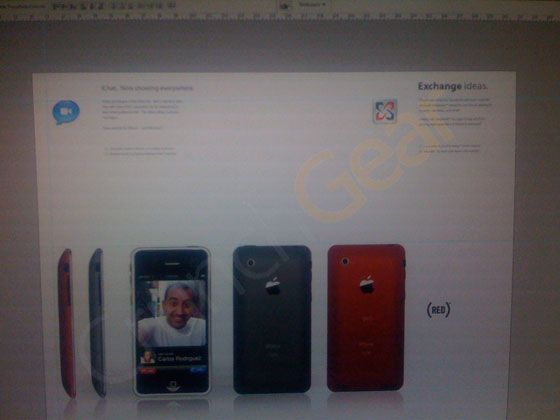