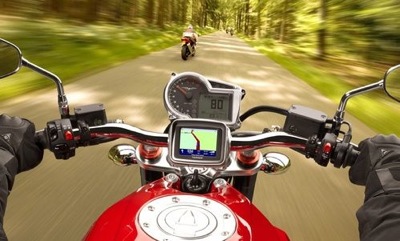 Apple’s twinning of GPS location-based features with a full-fledged development system underpinned by OS X for iPhone may not be new in some ways (there’s other mobile platforms with developers and GPS), but may well usher in some of the most innovative uses of location-based technologies ever seen in any previous family of devices.

Numerous examples of the potential Apple has harnessed in its iPhone Software 2.0 move are appearing, with one major move set to transform the way we drive.

Dutch navigation device maker TomTom has revealed it already has a version of its navigation software running on the iPhone, and confirmed it intends selling this to consumers, presumably through the App Store.

"Our navigation system runs on the iPhone already," a TomTom spokesman told Reuters after Apple announced the iPhone 3G, but declined to say when it would make the application available.

That follows last year’s move by Maxens Technology to develop its own Navizon GPS system for the first-gen iPhone.

Beyond this, there’s a new breed of social network-cum-music applications set to appear. Take a look at TuneWiki, a social lyric and karaoke service that’s already available for jailbroken iPhones (and soon also for Google’s Android software-powered devices). TuneWiki lets users read lyrics to songs in real-time, so they can sing along, and also harnesses the location-sensing abilities of the iPhone to show users where others using the software are. You get to listen to YouTube tracks submitted by others, and can take a look at what song they’re listening to.

Want more? Then take a look at Geopedia, software which summons relevant Wikipedia place entries for destinations close to where you currently are, which was revealed in March for jailborken iPhones. And, naturally, we all saw the WWDC presentation of location-based social network, Loopt, onstage during the Apple keynote this week.

What other innovative location-based solutions for the iPhone have you come across? We’re interested – let us know in comments below…