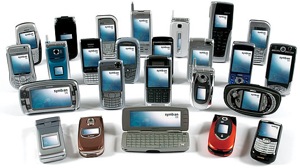 This is interesting – Nokia this morning announced plans to buy mobile phone operating systems maker, Symbian. This is significant because it underlines how software is the new battle ground for the smartphone market, with devices and functionality taking second place to ease-of-use and integration.

Nokia paid out over $250 million in Symbian license fees last year, so it makes sense for the company to purchase the firm. Well, that, an imminent competition from Google’s now-delayed Android platform, and the permanent looming threat of Apple with the iPhone. Apple, in particular, lends its proven skills in software design to the mobile phone market.

Mobile phone makers have been slammed in the past for creating user interfaces which don’t sufficiently engage users and lack the level of intuition most of us demand from devices we use every day. Apple’s iPhone raised the bar on this, so Nokia’s investment may also be predicated on that company’s need to bring in leading-edge software development skills. Symbian and its developers hold extensive expertise in the mobile phone software development space.

It’s a joint effort. Also announced this morning was the launch of the Symbian Foundation, which features Nokia, Sony Ericsson, Motorola, NTT DoCoMo, AT&T, LG Electronics, Samsung Electronics, STMicroelectronics, Texas Instruments and Vodafone Group. All members will be able to use the Symbian OS under a royalty-free license.

"Ten years ago, Symbian was established by far sighted players to offer an advanced open operating system and software skills to the whole mobile industry," said Nigel Clifford, CEO of Symbian. "Our vision is to become the most widely used software platform on the planet and indeed today Symbian OS leads its market by any measure. Today’s announcement is a bold new step to achieve that vision by embracing a complete and proven platform, offered in an open way, designed to stimulate innovation which is at the heart of everything we do."

"Establishing the Foundation is one of the biggest contributions to an open community ever made," said Olli-Pekka Kallasvuo, CEO of Nokia. "Nokia is a strong supporter of open platforms and technologies as they give the freedom to build, maintain and evolve applications and services across device segments and offer by far the largest ecosystem, enabling rapid innovation. Today’s announcement is a major milestone in our devices software strategy."

Nokia expects the acquisition to be completed during the fourth quarter of 2008.

A press conference will be webcast live from London today at 11am, and will be available for replay from here.