Ubisoft makes move to the Mac 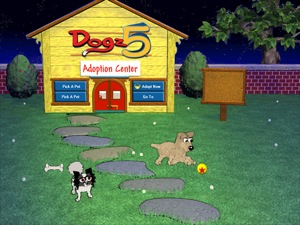 Ubisoft and TransGaming have confirmed plans to release multiple Ubisoft titles for the Mac, using the Cider engine.

Games Industry reports Catz, Dogz, and CSI: Hard Evidence will be the first titles released under the partnership. TransGaming has signed a multi-title agreement with Ubisoft that will bring titles immediately to the Mac community via gametreeonline.com, TransGaming’s digital distribution portal.

"Ubisoft is extremely excited about the partnership with TransGaming to bring our titles to the Mac," said Jay Cohen, senior vice president of publishing at Ubisoft.

"To expand our business position and serve the growing Mac gaming community, additional key titles will follow later this year, including several day-and-date releases this Fall," he added.

Ubisoft’s Petz series will be available immediately for consumers to purchase and download at www.gametreeonline.com. Other Ubisoft titles that have never been available on Mac before will be deployed throughout the Summer, and simultaneously in the Fall with the Windows-PC platform releases.

The partnership extends TransGaming’s publisher network and offers both parties a revenue-sharing model in addition to TransGaming’s Cider licensing fee.