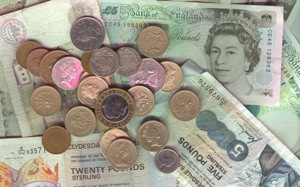 The company says that changing exchange rates have actually bought UK prices roughly into line with those across the rest of Europe.

Apple in January said it would reduce the prices it charges UK music fans for song purchases through iTunes. This was after a European Commission enquiry exploring collusion between Apple and the majors over how iTunes works in Europe.

At the time, Europe’s competition commissioner Neelie Kroes said: "The Commission is very much in favour of solutions which allow consumers to benefit from a truly single market for music downloads."

Six months later, and Apple now argues that currency changes have done the job for it, and prices are now in line across Europe.

"The announcement was that we would match the UK price to that of other lower priced European countries," an Apple spokesman said. "This is no longer necessary as exchange rates have effectively done it for us."

All well and good, but music lovers in the UK and Europe pay significantly more for their music than those in the US, where each song costs $0.99 (49p or 0.62 euros). Music costs 79p in the UK or 0.99 euros in Europe.