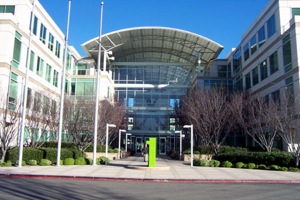 Apple’s adventures in music retail continue to bear fruit, with the company now consolidating its position as the leading US music retailer – and not just on a per-month basis, but for the first half of the year, new figures reveal.

While Apple’s competitors continue to try to chip away at the iTunes market lead, NPD MusicWatch reports iTunes to have been the leading US music retailer all the way through from January to June of this year, pushing former leader, Wal-Mart, into second place. Amazon’s making a dent, too, with its new MP3 retail service propelling the company into fourth from fifth place in the music retailers top five.

"We expect Apple will consolidate its lead in the retail music market, as CD sales continue to slow,” said Russ Crupnick, entertainment industry analyst for The NPD Group. “Amazon’s CD buyers tend to be older, so they haven’t abandoned the CD format to the extent seen in the average music buyer. Plus Amazon’s successful introduction of its digital download store will help the company improve its position in the future.”