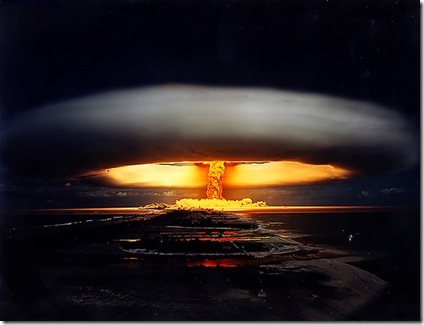 The Consumerist has a tale of an iPod Nano that apparantly blew up while connected to a users PC.  While we can concede that an electrical short can cause sparks, even when connected to a relatively low powered USB port on a PC, it is hard to believe that this thing "exploded."

According to the user, the iPod continued to spit sparks after it was unplugged from the machine:

I am writing this in regards to an issue I have had with an iPod nano, first generation. I have included the relevant pictures of my iPod after this incident and links to related issues.

I had plugged the iPod in to charge on Saturday August 16, 2008. I was using the USB cable that came with the iPod and charging via the USB port on my PC. After being plugged in for somewhere between 5-10 minutes I heard a sizzling sound. I looked down on the iPod just in time to see it explode open and start shooting sparks and spewing smoke. I managed to unhook the iPod from my computer’s USB port immediately. I had noticed that a small fire had started on the table I had the laptop and the iPod sitting on, and I managed to extinguish those flames quickly before any apparent damage could be done to my laptop. Unlike in other cases, I’ve read about, my iPod continued to spew smoke and spit sparks while throwing out some kind of sooty substance from the inside of the iPod for several minutes after removing the cable from the computer. I moved the still spitting iPod from the table and placed it on a book case across the room. I noticed that while doing this, the iPod was still extraordinarily hot to the touch.

Pictures are included in the original article.  For all of the fireworks, it looks more like a normal short.

However, we did find a guy who was able to cook with a USB port…though not very well.  Apparantly it takes 50 usb ports to cook a piece of beef :/