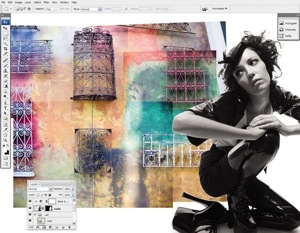 Adobe will introduce its all-new Adobe Creative Suite 4 series of applications in a special online event on September 23 – and is inviting creatives to pre-register for the webcast of the launch.

It’s been an open secret the company intends launching the new software at some point this year, now the cat’s escaped the bag and Adobe plans to stream a webcast of the new features inside the creative application power tools set.

"It’s going to be brilliant: See the unveiling of new Adobe Creative Suite 4 on September 23," Adobe explains on its website.

Adobe’s plan to webcast the event was revealed on the blog of Adobe’s Lee Brimelow, last night.

"That’s right we will be officially announcing the 4th version of the Creative Suite on September 23," he wrote. "Now before you get the wrong idea, this is NOT the release date but rather our official unveiling of it."

He also counselled: "Get plenty of sleep now as you will have more new toys than you’ll know what to do with very soon."

Adobe released public betas of new versions of Adobe Dreamweaver, Adobe Fireworks and Adobe Soundbooth as free downloads on Adobe labs in May. Once downloaded and launched, the betas work for 48 hours after which time only Creative Suite 3 customers will have an extended ability to use the betas "until the next release of Creative Suite becomes available", the company has previously said.

Some information on the Photoshop CS4 UI was also revealed earlier this year.