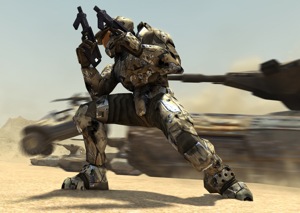 Microsoft plans to develop games for the iPhone, a senior executive revealed at E3 earlier this year.

Phil Spencer, head of Microsoft’s games studios said the company is "waiting for the right opportunity to do cross-platform games," and suggested this could include extending Xbox 360 titles to the iPhone.

"We’ve done things like the pub games in Fable," he said "which aren’t cross platform but it’s playing an arcade game, building currency that works for you in the Fable game. You could imagine doing that from another device as well."

He added, "It’s thinking about the right opportunity. Where it makes sense is more important than just proving that it can be done."