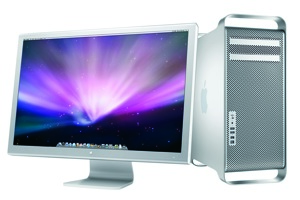 Some iTunes users in the US are complaining of a problem when downloading High Definition (HD) films or TV shows from Apple’s service.

What’s meant to occur is that customers purchasing film or TV content in HD will automatically also gain a standard definition version, which they can carry around and play on their iPhone or iPod.

But, as described on an Apple support forum, the implementation appears a little buggy, with some users complaining that after waiting for a significant length of time for the HD version of the title to download, the badly-named SD version then overwrites the higher-resolution video.

"The problem is in the file’s name. iTunes typically adds a 1 (or 2,3,etc) to the end of a file if there is already a file with the same name in current folder. For the HD episodes that weren’t overwritten, they have an additional number at the end. I watched an HD file appear and then disappear as the SD version was download," one poster explains.

Conventionally, Apple’s OS adds a sequential number when duplicate files are found, though this doesn’t always occur – a user can elect to overwrite the file. In this case, the film or TV shows are coming down the pipe with the same file name – though this problem is intermittent.

Other users say that allowing ‘simultaneous downloads’ through iTunes addresses the problem.