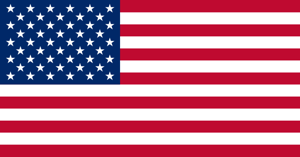 PBS is making its US election coverage available through YouTube and iTunes this month, offering its Frontline documentary series through both outlets

The network will broadcast its election special "The Choice 2008,"

premiering Tuesday, 14 October, from 9-11p.m. ET on PBS – but you won’t be uninformed if you miss the show, as it will be made available for free download from iTunes the next day and for free viewing on YouTube, as well as through the PBS website.

The two hour show comprises a dial biography of John McCain and Barack Obama. These bios are PBS traditions – the network has offered them for five elections across two decades.

"Now more than ever, new media plays an important role in how Americans learn and share information about the election," says Frontline executive producer David Fanning. "It’s important that we continue to fulfill the mission of public broadcasting by extending free viewership of "The Choice 2008" to as wide an audience as possible and by reaching out to voters across these digital platforms."