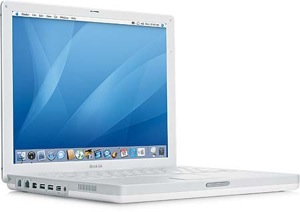 United States resident Mac users with older (pre-Intel) PowerBooks or iBooks should take another look at the list of models included within the power adaptor settlement that was announced earlier this year.

The website for the scheme (which was launched as part of a class action lawsuit pertaining to the safety of these adaptors) now offers a two-page list of models and serial numbers, and if yours is one of those named, then you’re due a cash payment from Apple, so long as you make your claim by February 11, 2009.

"The settlement will provide a cash payment if you purchased certain model Apple PowerBook or iBook computers, the power adapter failed within the first three years following the initial retail purchase of the computer, and you purchased a replacement adapter," the website states.

The lawsuit claimed that the Adapter sold with the Subject Computers is defective in that it “dangerously frays, sparks and prematurely fails to work,” and that Apple engaged in misrepresentations regarding the Adapter.  Apple denies all allegations and has asserted many defenses.  The settlement is not an admission of wrongdoing.