iPhone IS second biggest-selling US mobile 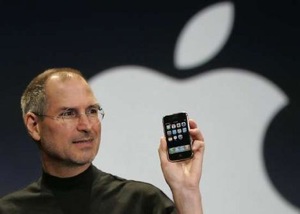 Apple’s iPhone 3G is now the second best-selling mobile handset in the US, just behind the Motorola Razr 3, NPD Group announced this morning.

Researchers also confirmed that one in three iPhone 3G purchasers switched from other carriers to join AT&T, suggesting that network’s subscriber numbers will have seen a hefty bump – particularly as it now seems extremely likely Apple has exceeded its stated sales targets for the device.

“The launch of the lower-priced iPhone 3G was a boon to overall consumer smartphone sales,” said Ross Rubin, director of industry analysis. “While the original iPhone also helped win customers for AT&T, the faster network speeds of the iPhone 3G has proven more appealing to customers that already had access to a 3G network.”

The average price of a smartphone sold between June and August 2008 was $174, down 26 per cent from $236 during the same period last year.

The top four best-selling smartphones (based on unit sales) between June and August 2008 were: