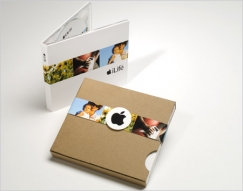 The October 14th event is going to be about MacBooks, this much we know.  But there are a few other things that are coming up that could also be revealed at this event.

Could this be Apple’s first official foray in to Blu Ray?  Kevin Rose thinks so.  Along with posting iPod Nanos before the Let’s Rock event, he also said Bluray support was coming in 10.5.6.  Last night he added that the BluRay drives would be an option for high end MacBooks.  Seems like a pretty confident guy, right?

So if you have Apple-supported Blu Ray (Blu Ray is already a 3rd party add on option and Toast has supported burning Blu Ray discs on a Mac for awhile), you’ll most likely need a way to make Blu Rays disks.  iDVD Blu Ray?  So thinks, Mac Soda, who  is predicting we’ll see iWork ’09 and iLife ’09 revealed on Tuesday.

We’re torn on this, and our one ‘expert’ in iLife/iWork area has said he doesn’t know when the updates will come out.   He hasn’t given us any indication that it will be on Tuesday or any additional features that might be included.  iLife ’08 came out around this point last year at the iMac event so it is certianly a possibility.  One thing we’d love to see is a blogging tool, a la Marsedit or Ecto that works on the standardized Atom publishing protocol.

Back to Blu Ray…if it does debut on Tuesday, it will also have to be added as an option to Mac Pros and probably iMacs as well.  Will this be the only hardware add on?  Blu Ray might also mean new motherboards for iMacs and if Apple is going that far anything goes, really.  Oh, and since 10.5.6 is adding features, what else will we see?