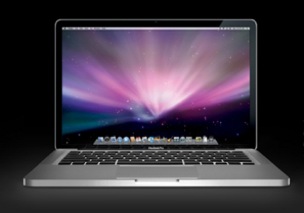 Apple’s new pro laptops will be packed with features and will indeed host a glass trackpad.

We’ve been banging on about this for months, and now our sources have been confirmed by another, this time over at Daring Fireball, where John Gruber writes, "And good news for those of you who’ve been bitching about Apple’s laptops having a single button: the single-button trackpad is gone. Which is to say there is no button at all….the MacBook Pro’s new trackpad is made of glass, and is a button itself.

Essentially it’s a touch-sensitive user interface, a glass trackpad that acts as a physical button "with a click you can feel".  This was detailed here and here in July.

The report hosts a host of additional information about what to expect when Apple puts its focus on laptops today – glossy screens for the MacBook Pro; the non-appearance of the 17-inch model (yet – is this in order to shift the line to LED screens at a later juncture?)..

As mentioned last night, Gruber also reckons there will be no $800 laptop – even though analysts reckon it would boost Apple’s notebook sales by a huge amount… but even then perhaps its best to never say never.

oh – and one more thing, way down at the bottom of Gruber’s report he confirms yet another thing we’ve been banging on about – "It can also drive the new $899 24-inch Apple LED Display that no one knows about, which is being introduced at the same event. ?"