Bullish Apple earnings call jockey goes up against the analysts

Andy Zaky of Seeking Alpha and Bullish Cross  believes he can beat the street on Apple sales/earnings predictions…and he’s got some proof to back it up.  He’s been pretty solid against most analysts and was very accurate for the 3rd fiscal quarter.  If you believe his bullish numbers for the 4th quarter, AAPL is going to do well on Tuesday.  Apple might even have sold 3 million computers in a quarter for the first time in history. 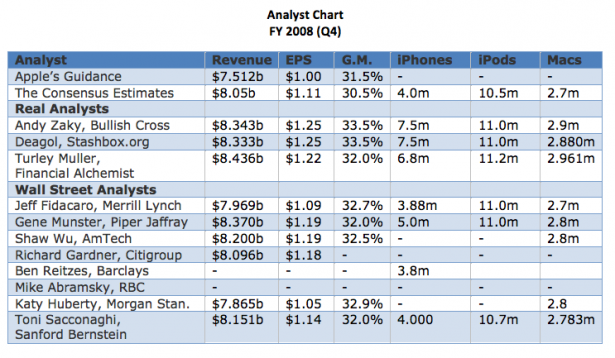 Zaky is not too far off the party line on everything except iPhones where he’s predicting sales of almost 8 million this quarter -almost double the Wall St. analyst’s consensus.  A lot of that is based on the IMEI number counting going on at MacObserver forums. We’ll see how that pans out on Tuesday.