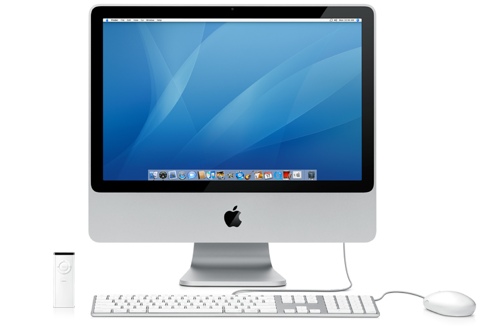 With the MacBook range upgrade under our belts the Mac web is beginning to consider Apple’s next move, and it looks like iMac customers may choose to defer their next purchase for a few weeks – as some claim an upgrade to the system’s due to debut in November.

He also suggests Apple will introduce a powerfully-upgraded Mac Pro and a revamped range of Cinema Displays in January. The latter systems will offer LED screens, built-in speakers and iSight cameras, he surmises – not unreasonably given Apple’s recently introduced display for its laptops.

Naturally, his suggestions generated immediate conversation, with one reader suggesting Seller’s has the dates right, but the products wrong – new Mac Pro for November? We have seen Apple upgrade its pro machines in November before, admittedly – and Xserve seems to need a little love at this point…

The Mac Pro is long overdue for an update. It’s been 294 days since the last one. The iMac on the other hand, is well under the average time for an update. We’ll see how this plays…