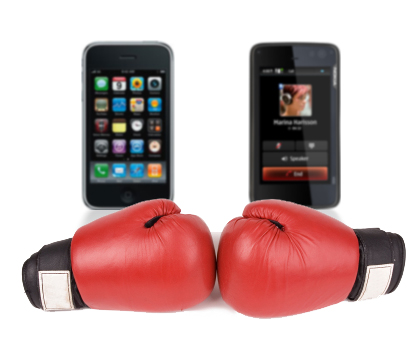 Nokia has filed a fresh lawsuit against Apple with the Federal District Court in the Western District of Wisconsin, alleging that Apple iPhone and iPad 3G products infringe five important Nokia patents.

The patents in question relate to technologies for enhanced speech and data transmission, using positioning data in applications and innovations in antenna configurations that improve performance and save space, allowing smaller and more compact devices.

These patented innovations are important to Nokia’s success as they allow improved product performance and design, the company said.

“Nokia has been the leading developer of many key technologies in mobile devices” said Paul Melin, General Manager, Patent Licensing at Nokia. “We have taken this step to protect the results of our pioneering development and to put an end to continued unlawful use of Nokia’s innovation.”

The suit follows previous litigation filed in the Delaware District Court for infringement of Nokia GSM, UMTS and WLAN patents, this prior lawsuit concerned ten patents relate to technologies fundamental to making devices which are compatible with one or more of the GSM, UMTS (3G WCDMA) and wireless LAN standards. The patents cover wireless data, speech coding, security and encryption and are infringed by all Apple iPhone models shipped since the iPhone was introduced in 2007, Nokia alleges.

Nokia has already entered into license agreements including these patents with approximately 40 companies, including virtually all the leading mobile device vendors, the company then said.

“The basic principle in the mobile industry is that those companies who contribute in technology development to establish standards create intellectual property, which others then need to compensate for,” then said Ilkka Rahnasto, Vice President, Legal & Intellectual Property at Nokia.

“Apple is also expected to follow this principle. By refusing to agree appropriate terms for Nokia’s intellectual property, Apple is attempting to get a free ride on the back of Nokia’s innovation.”