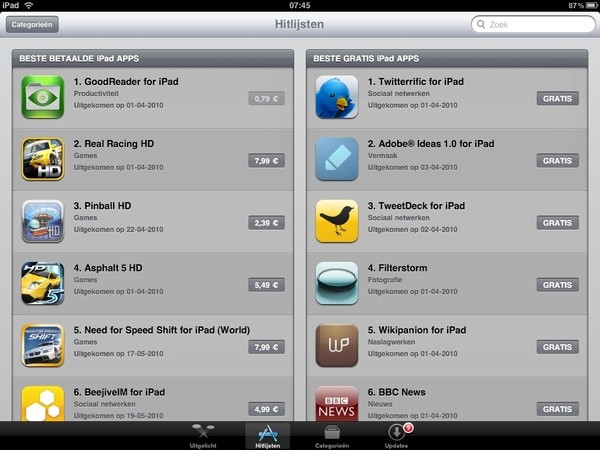 Apple has opened up its iPad App Store for international purchases.

The dedicated iPad App Store has only been available to browse via the US iTunes Store until now. Overnight this situation changed and users worldwide can now explore their own versions of the store.

This takes place as Apple prepares to ship the iPad in nine additional countries — Australia, Canada, France, Germany, Italy, Japan, Spain, Switzerland and the UK — on May 28.

At the beginning of the month, Apple noted that it had already sold over one million iPads while customers have downloaded over 12 million apps from the App Store, as well as 1.5 million ebooks from the new iBookstore.

NB: There are reports suggesting the new store isn’t fully implemented at this time.