The music game has multiple versions such as Lady Gaga, Nickleback, oh and… Justin Bieber games. With Disney in control we think you’ll soon be seeing some Hannah Montana and Jonas Brothers action on an iPhone near you. 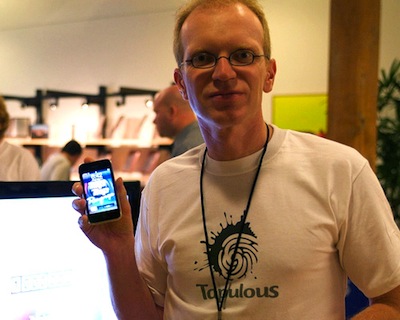 The details of the deal are yet to be revealed, and who knows… maybe El Jobso himself had something to do with the deal. Also, Bart Decrem, CEO of Tapulous and the guy above, will now take a seat as a Disney VP. Congratulations, Tapulous!