Today, Apple has released an update to their popular MobileMe iDisk application to include iPad compatibility. The free app is now a single universal binary that works to its full potential across all iOS devices running iOS 3.1.3 or above. 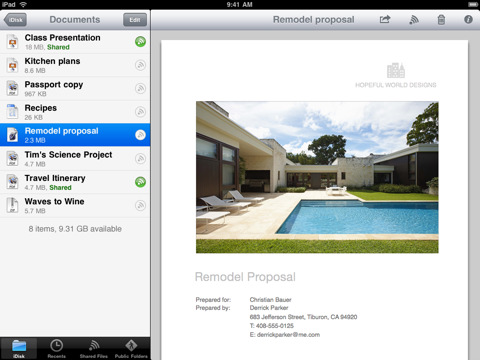 Apple also beefed up the iPhone version with multitasking, retina display, and iBooks support among other small enhancements:

The iDisk app was originally released almost one year ago and is now at version 1.2. To use the app, you must be a MobileMe subscriber which normally costs $99 per year.