Well informed sources have notified us that the rumors of a 5 mega-pixel camera coming to this fall’s iPod touch line may not have merit. They claim the new iPod touch will have a 3.2 megapixel camera that has similar characteristics to the one found in the iPhone 3GS.  Update:Digitimes agrees. 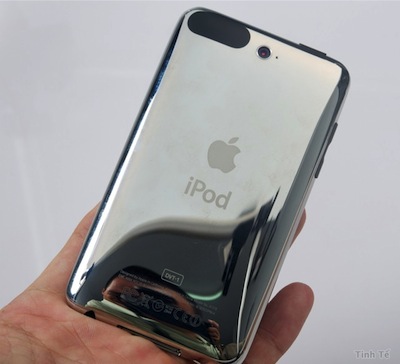 This also takes us back to those iPod touch prototypes that we have seen to time to time. Just a few months ago we saw some prototypes show up on eBay and case manufactures even created cases for them in anticipation of their release last Fall.

Our source did not go into much detail but they do fit MacRumors’ discovery about camera sizes. Their report proves that a 5 mega-pixel camera simply won’t fit in the current design, let alone anything thinner (which Jobs and Ive love to push).

Also, Apple likes to create some distance between the features of the higher end iPhone and the lower end iPod touch.  This would do exactly that.

Our informed sources have told us the design change would not follow past iPod touch update history. The iPod touch 1G to iPod touch 2G can be compared to the original iPhone to iPhone 3G design change. The iPhone 3G got a curved back and so did the second generation iPod touch.

Our sources say that this year, that won’t be the case. We assume it may be some new drastic change we have yet to see, or it will look just like the picture above. That would be odd though, for Apple to keep the same design for three generations of an iPod.