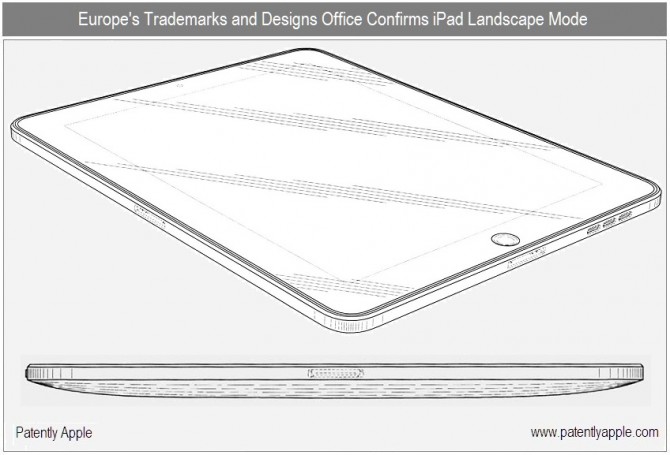 We’re seeing another piece of documentation with a landscape dock connector, at least according to the latest patent filings, this time emerging from Europe.

These latest patents, submitted to the European Trademarks and Designs Registration Office, show another landscape 30 pin dock connecter, with both Jony Ive and Steve Jobs named on said patent.  And of course there is that questionable hole at the top which could indicate a camera or just an ambient light detector that exists on the current design.

“The first sighting of this design was noted on September 25, 2010. This time around, we see that Steve Jobs and Jonathan Ives have signed off on the design,” notes Patently Apple.  But the design was submitted in February of this year, only a month before the iPad was released, meaning the landscape connector removal was a last minute decision.

Engadget last month said that this was the original plan for the iPad but that extra port was removed at the last moment. 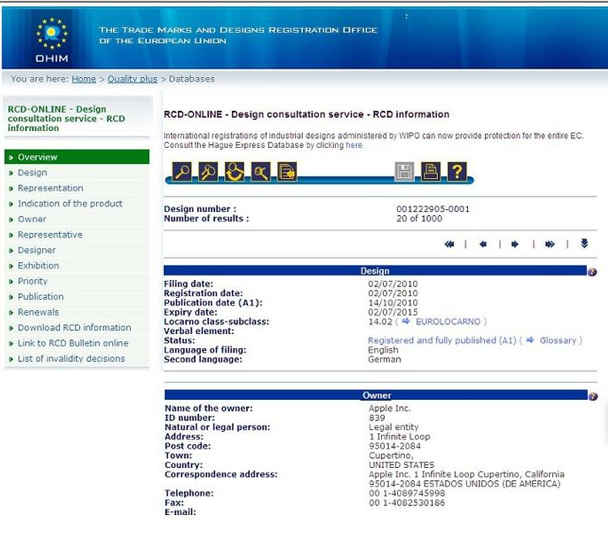