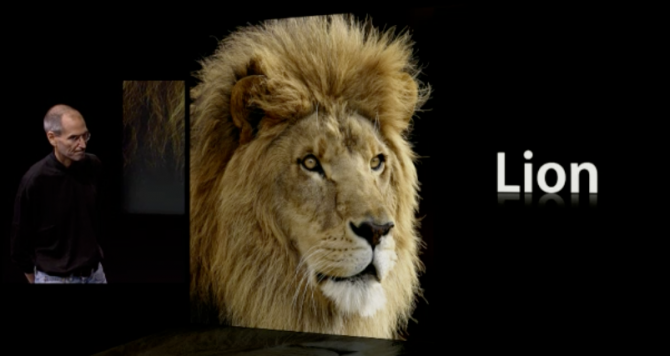 Apple’s new OS will ship in summer 2010, and offers a range of new features, including increased integration with iOS, in the form of borrowing some user interface ideas.

Steve Jobs says the touchscreen doesn’t work for Macs, the touch interface will be through the trackpad or Magic Mouse. 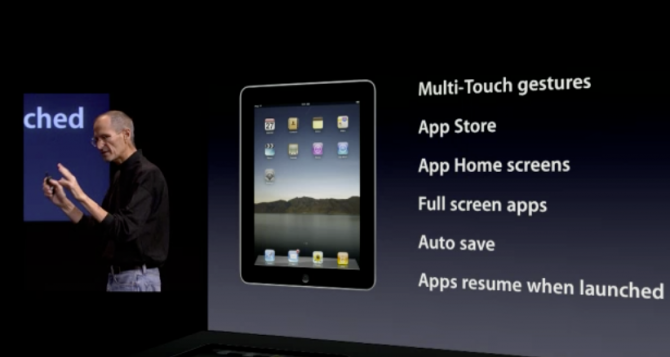 The Mac App Store will be interesting – particularly as Apple will open the store to Snow Leopard users in 90 days. Some may recall this post here on 9to5Mac. Developers will get 70 percent of sale price for their apps (as with App Store). Will this work out a better deal than existing retail options?

Apps will update automatically, and you purchase the rights to install the apps on all your personal Macs.

App Store works very like the iOS App Store: applications are split by category, updates and so on. 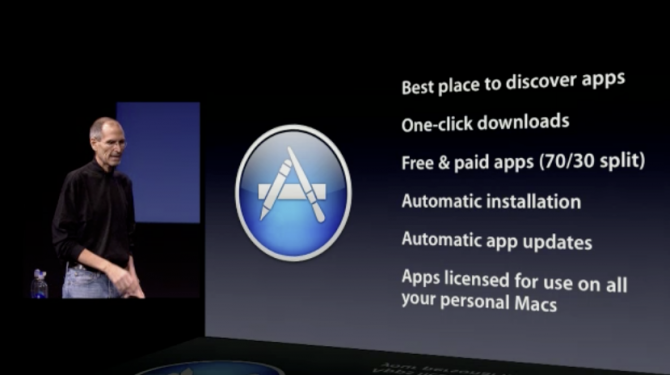 Mission Control will let you easily find all the windows, widgets and apps running on your Mac in one place. Flick through your active apps with a flick. Very like the iPad. 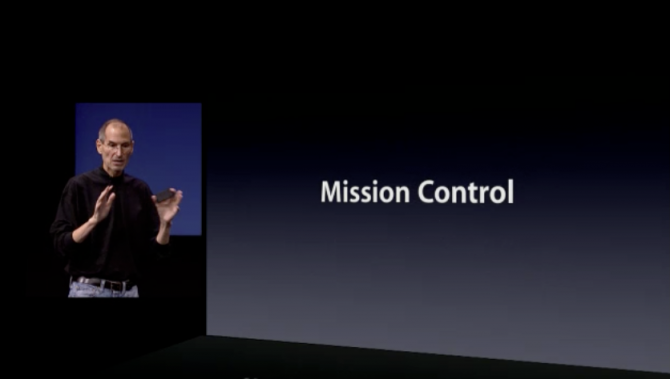 Demo is probably what you think.

Another great feature: full-screen apps. You use gestures to move between pages, and return from full-screen to menu screen with a flick.

CUPERTINO, California—October 20, 2010—Apple® today gave a sneak peek of Mac OS® X Lion, the eighth major release of the world’s most advanced operating system. Shipping next summer, Lion is inspired by many of iPad’s software innovations. Today’s sneak peek highlighted just a few of Lion’s features, including the Mac® App Store℠, a new way to discover, install and automatically update desktop apps; Launchpad, a new home for all of your Mac apps; system-wide support for full screen apps; and Mission Control, which unifies Exposé®, Dashboard, Spaces® and full screen apps into an innovative new view of everything running on your Mac, and allows you to instantly navigate anywhere.

“Lion brings many of the best ideas from iPad back to the Mac, plus some fresh new ones like Mission Control that Mac users will really like,” said Steve Jobs, Apple’s CEO. “Lion has a ton of new features, and we hope the few we had time to preview today will give users a good idea of where we are headed.”

The Mac App Store brings the revolutionary App Store experience to OS X, making discovering, installing and updating Mac apps easier than ever. Like on iPad™, you purchase apps using your iTunes® account and they download and install in just one step. App updates are delivered directly through the Mac App Store, so it’s easy to keep all of your apps up to date. The Mac App Store will be available for Snow Leopard® within 90 days and will be included in Lion when it ships next summer.

Launchpad makes it easier than ever to find and launch any app. Similar to the Home screen on iPad, you can see all the apps on your Mac elegantly displayed just by clicking the Launchpad icon in the dock. Apps can be organized in any order or grouped into folders, and you can swipe through multiple pages of apps to find the one you want.