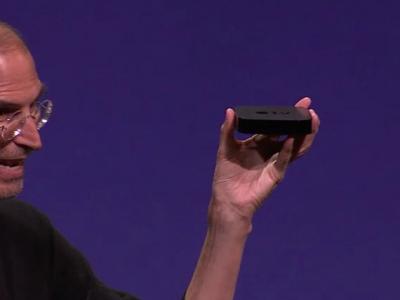 Google is already hitting major hurdles in its quest to transform the TV industry, with major US broadcasters blocking their Web shows from being broadcast via Google TV. Google meanwhile is in negotiation to agree rights, but is likely to face similar rectitude from some broadcasters as faced by Apple with Apple TV.

ABC, CBS and NBC have all blocked access to their shows from Google TV. These problems come just weeks since Logitech and Sony began selling devices running Google’s software. Hulu this week also moved to block Google TV from acccessing its service.

ABC and NBC are allowing promotional clips to run on the GoogleTV service. In a statement, Google put the blame on the broadcasters.

“Google TV enables access to all the Web content you already get today on your phone and PC, but it is ultimately the content owners’ choice to restrict their fans from accessing their content on the platform,” a Google spokeswoman said in a statement to the Wall Street Journal.

Some media companies had bowed at Google’s behest they optimize their services for use with Google TV, though many refused. TV execs are worried enabling such wide access to their shows would damage their existing cable, satelite and broadcast business models. They want Google to show them the money.

Disney (where Apple’s Steve Jobs is a major shareholder) asked Google to take strong preventitive measures to guard against piracy, but isn’t happy with the results at this point. News Corp’s Fox and Viacom aren’t blocking content from Google TV, but Fox said it had not yet reached a firm decision on this.

Contrast this with Apple TV. Here, Apple already offers HD TV show episodes to rent from ABC, ABC Family, Fox, Disney Channel and BBC America for 99 cents. Netflix is also supported. Meanwhile the company has been frequently reported as attempting to reach deals to enable streaming TV services via iTunes, though we’ve seen no results from this at this time.

“The television industry fundamentally has a subsidized business model that gives everyone a set-top box, and that pretty much undermines innovation in the sector. Ask TiVo, ask Roku, ask Google in a few months. The only way this is going to change is if you start from scratch, tear up the box, redesign and get it to the consumer in a way that they want to buy it. But right now, there’s no way to do that….The TV is going to lose until there’s a viable go-to-market strategy. That’s the fundamental problem with the industry. It’s not a problem with the technology, it’s a problem with the go-to-market strategy….I’m sure smarter people than us will figure this out, but that’s why we say Apple TV is a hobby.”

AppleTV will get a significant push in November when apps like the ABC app can stream their content to the AppleTV using AirPlay.